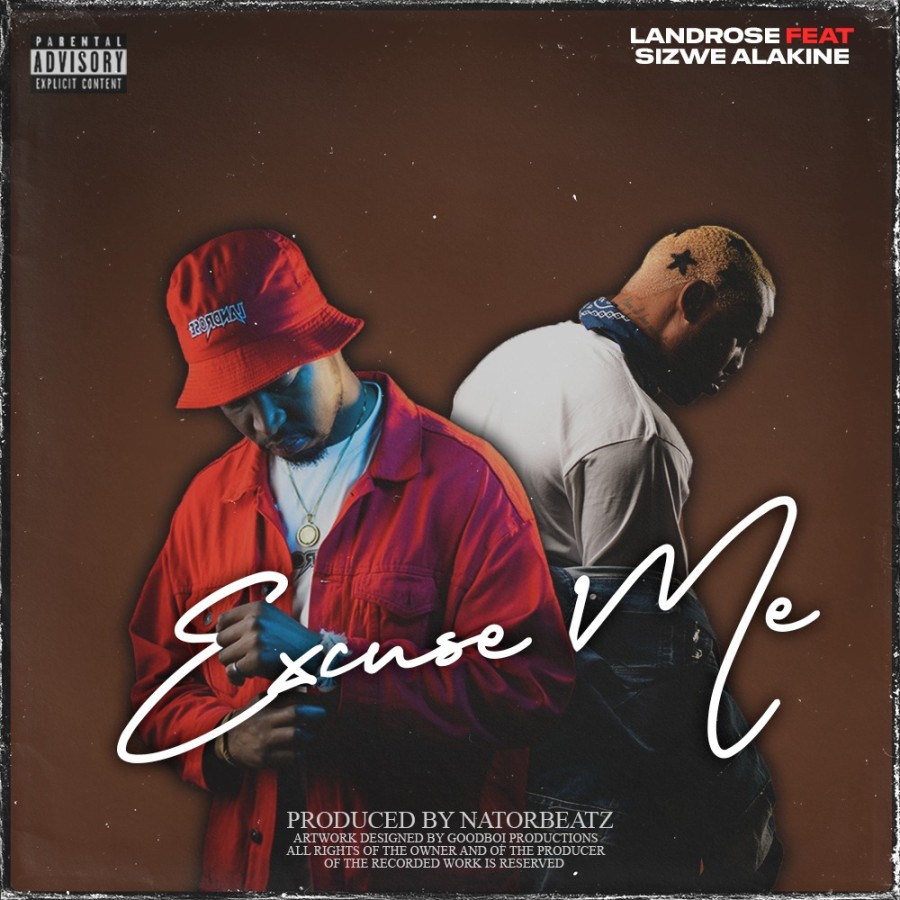 Promised to have released it on Friday then getting postponed to a later date, today we are here, with Landrose new single titled, "Excuse Me" featuring Sizwe Alakine. Following the release of his single, 'Ubuhlungu' with the former Idols SA singer, Gugu Hope and NatorBeatz from two weeks ago, Landrose teams up with NatorBeatz once again.