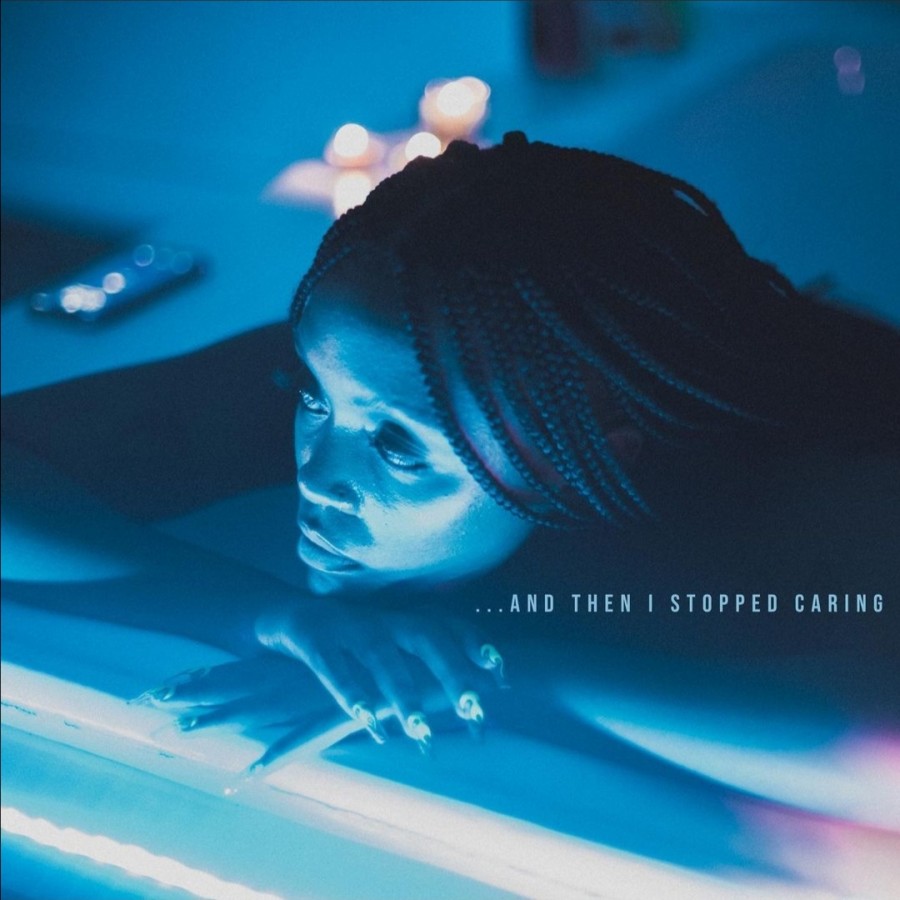 @amarafleur's '...And Then I Stopped Caring'

The first time I had heard the name Amarafleur, was when she did an interview with Yolophonik called '10 questions'. So naturally, if Yolophonik thinks an artist makes good music then they probably do. This is how I came to listen to Amarafleur's '...And Then I Stopped Caring'. My first impression of her music is that it is super polished. She is definitely an artist who knows what pocket of R&B/Soul she wants to produce. I have read a few articles about her and listened to an interview she did with Nondu Lehutso, host of the ndl show. The interview really got into why she titled the project '...And Then I Stopped Caring' and it made sense to me. She is at a point in her life where she wants to create whatever feels right to her without the burden of expectation. Check out the interview below

So I really wanted to take the time to dissect this body of work. So let's start with the cover art. The shade of blue goes well with the soulful feel that the EP has overall. Her body language on the cover suggests that this is a person who, and the pun is fully intended, doesn't have the energy to care anymore. I thought it was a nice touch because I love artists who are intentional about all aspects of their art.

The thing about Amarafleur's music is that it's loosely centred around an idea and not so much a piece of work that is concerned with telling a story. I basically hounded her for the lyrics for this project because I wanted to be sure of this. Amarafleur's music is so capturing that you kinda forget that she is actually saying something. Her voice has a very soothing quality and the production for each song matches her voice. I can't confirm this but it feels like she wrote the songs with an idea of how she wanted them to sound and then the production was made to match her voice. I have read the lyrics for Reminder forwards and back, back and forwards and I still can't come up with a concrete meaning for the song. You see, that is the thing about her music, it's well written and purposefully melodic with what feels like strategic thought-provoking lines. A great example of this is when she says "There's a fire in your eyes and I can see it. This is the moment in your life where you reveal it. I was just waiting for you(For you). You're sorely mistaken. You think you've got it wrong. Went to be a better you. In the time that you were gone"

To be fair to Amarafleur, her music isn't meaningless, it just isn't 'story based'. The song 'Whole' is actually quite contradictory to what I just said about Amarafleur's music earlier on. 'Whole' is actually quite straightforward in its meaning. It talks about something that we all go through as human beings. The desire to feel whole and at peace. I love how she says "But I just want to smile when I wake up next to you. Smile when I wake up by myself". Human beings are complex and she summed it up perfectly in those two lines. You want to be happy with yourself, by yourself but at the same time, you want to be able to allow another person to make you feel complete.

Despite 'Whole' being the single for '...And Then I Stopped Caring' and it being her most streamed song, I think she is at her best on the last song of the project, 'Show Me How'. There are a lot of extremely talented R&B/Soul artists in the country and as one of these artists, you want to have something unique to you. 'Show Me How', is where I feel like Amarafleur brings everything that makes her music so amazing, together. It is deep within the soul pocket and the nature of her voice gives the song that soothing feeling I was talking about earlier. I feel like on this song she did the best job of using her voice in different ways. Her lead vocal is soft and tender at times and other times she really elongates her voice to show her range. The backup vocals are angelic and just makes her voice sound warmer. I wish Amarafleur all the best in her career as an artist and I wanted to thank her for providing me with the lyrics for the project. I feel like I have a full understanding of what you mean when you say, 'and then i stopped caring'. Stream it below