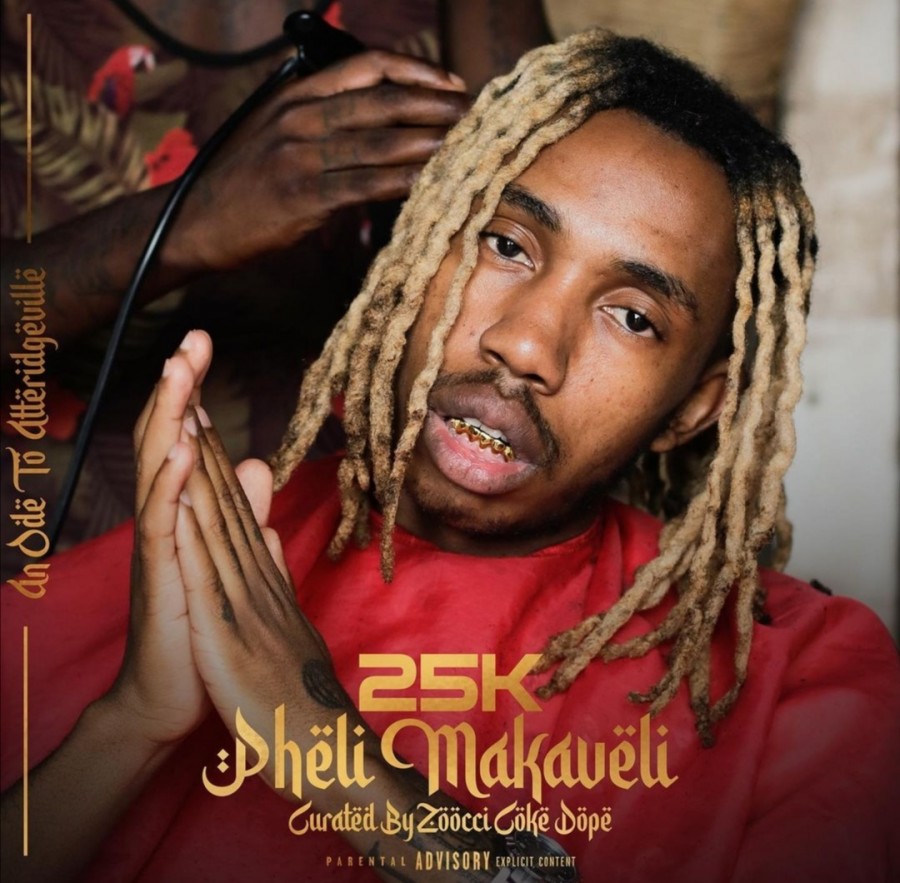 Slikour recently sat down with one of Pretoria's finest to talk about his debut album, 'Pheli Makaveli'. The album has been really well received by the hip hop community at large. We know the album has barely been out for a week but I think it's the best way to gauge which songs are early favourites from Pheli Makaveli. This list is accurate at the time of writing and the numbers were sourced from Spotify.

The song opens with the chorus "I grew up with my nigga, how many times we hit licks in the slumps with the opps? I won't kill you, I love you my nigga. All of the times we had nothin' I thought you would fold. But instead, it's all love with you nigga, I told my mama I'm runnin' my race, he told me to focus, "I love you lil' nigga", which is impossible not to sing along with. In the interview 25k had with Slikour, he spoke about how organically the feature with A-Reece came about and Reece delivered on the song with his very personal verse when he rapped "Drownin' in all of those tears that I shed, Told him I'll pay for whatever, He told me "Forget it, just pay me a visit instead", This fuckin' pandemic ain't lettin' up, He died and I ain't get to look at his face, Tell him I love him before the Lord took him away, nothin' was ever the same".


The fans requested, 25K and his team decided to act upon it.
LATEST UPDATE:@TheReal_25K and A-Reece were seen today shooting a music video for “Hustlers Prayer” with @UntamedPictures.#PheliMakaveli pic.twitter.com/3g61Cl4Fjs

The most iconic moment on this song is when 25k said "Your favourite new age Rapper prolly follows to study my lingo, just because you got the hair and clothes doesn't make you a migo" - meaning even if you do your best impersonation of him, you will never be him. This is the song that got the streets buzzing for the release of his album and makes sense that an A-Reece feature is the only reason it's not the most-streamed song on Pheli Makaveli. Check out the video below for a dope lyric translation on Pheli Makaveli (Intro).

In third place, we have a banger in Trap Jumpin. Trap Jumpin is the second single from Pheli Makaveli. The song is littered with lyrics of how 25k was really in the streets. The song has a bass-heavy sound and I think that even if it wasn't the second single for the album, it would still do really well. Check out the video below to see 25k perform Trap Jumpin on Riky Rick's new show called The Yard'

4. From Dusk Till Dawn (feat FLVME)

If you still have not watched the interview we did with 25k please go watch it just you can hear Slikour describe Flvame as a diva. He really meant that Flvme is a perfectionist when it comes to his work.


Lol????. Just a perfectionist. A genius with the art https://t.co/rDDhMIvFaa

Round off the top 5, we have Blarofornia featuring the man who executively produced this album, Zoocci Coke Dope. Blarofornia has a heavy gangster California influenced sound, hence the name of the song. The song has several references to the life that 25k is all about. It's like he was saving his most gangster raps for this song.