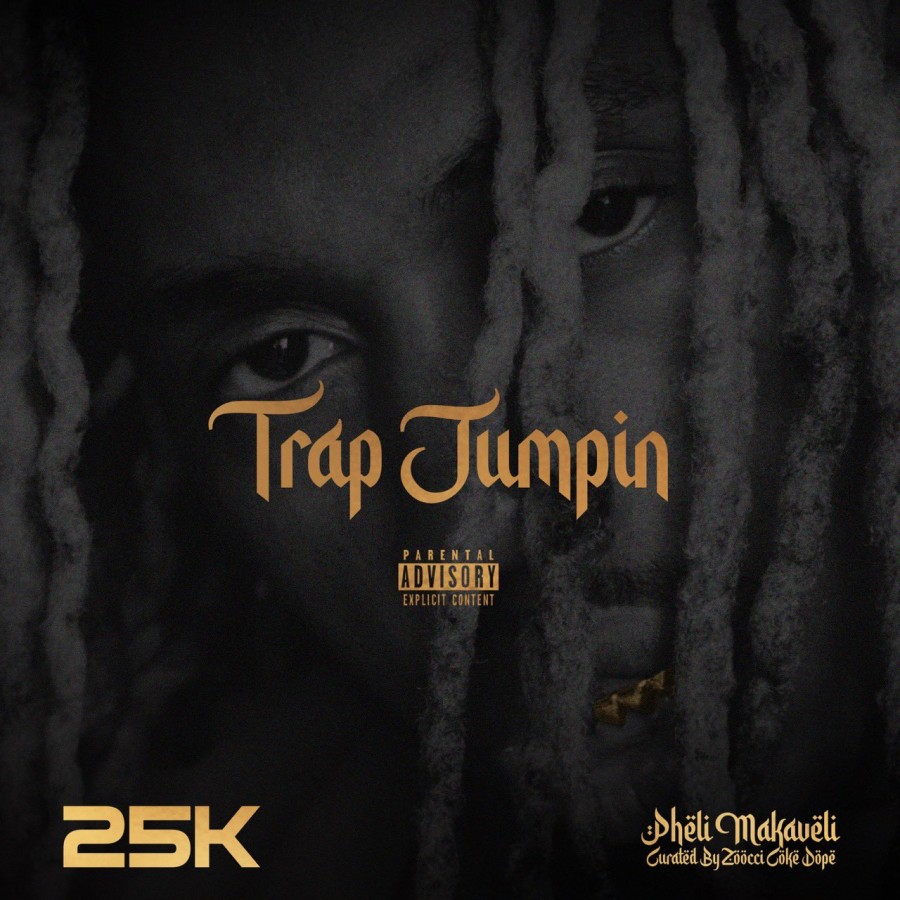 "The wait is over, fear is your only option.."

We're are getting closer to the most anticipated debut album offering from 25K, as the 'Pheli Makaveli' album release is just a week away. Determined to take over hip hop in 2021, today 25K drops his third single ‘Trap Jumpin’ off his album, that's expected to be available on the 23rd of July.

Following the success of Pheli Makaveli (Intro)' and 'Hustlers Prayer'  featuring A-Reece in the past weeks, 25K continues his collaboration with Zoocci Coke Dope on production and the synergy between the two is sensational.

On the newly released single, 'Trap Jumpin' there are video clip inserts at the beginning and the end of the song by the notorious local gangster Maleven - Speaking on why he chose the life of crime. This is supposedly done deliberately by Zoocci Coke Dope as 25K is no stranger to the "hood life" as he is very vocal about being surrounded by such activities but chose a different route and put the pain in the music. The beat sounds like a sample from Quavo's 2018 single, 'Lamb Talk'.

“I believe my raps are full of motivation for people that are determined to follow their dreams by any means necessary.” - 25K comments.

For more info on the 'Pheli Makaveli' album drop, read about it here: https://bit.ly/3koXynr