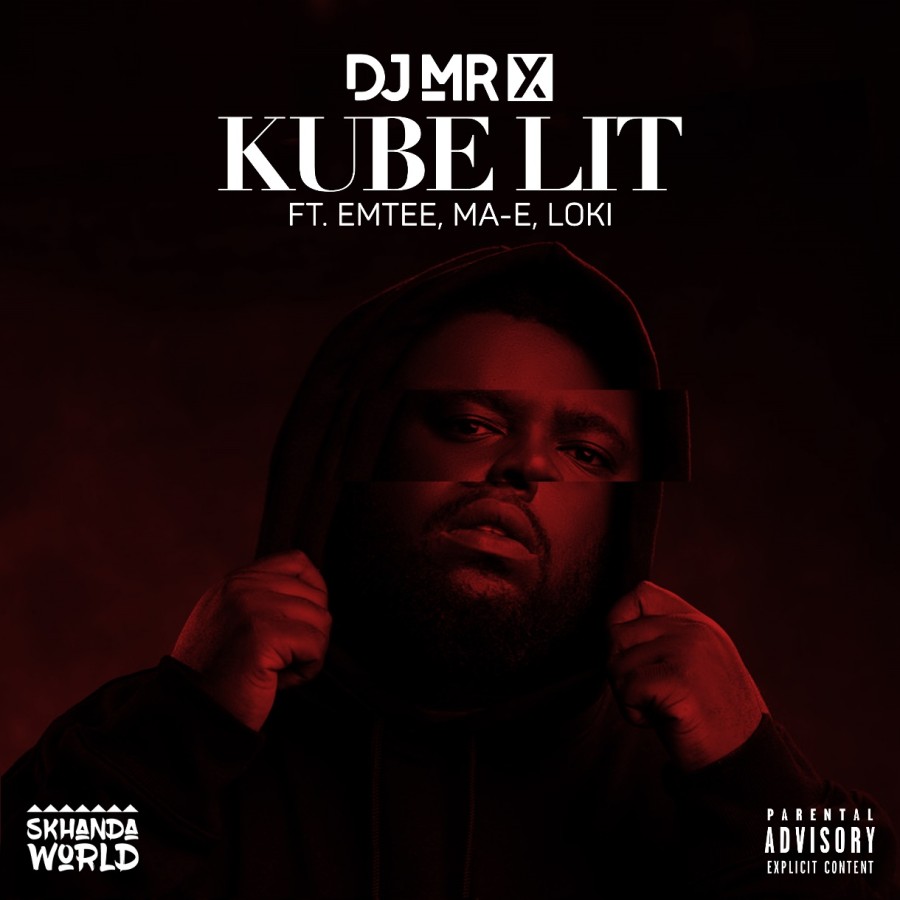 Soweto’s very own DJ Mr X sets it on fire with new single Kube Lit. The Asambe hitmaker, teams up with legendary Ma-E, the hustler Emtee and Loki for this one. SkhandaWorld’s number one DJ, picks up from where he left off with All I want is you by continuing to bring Hip Hop together on a joint. Emtee who has been missing in action for a while now jumps on like he never left, while Loki continues his massive run with hot features and to put the icing on the cake, Ma-E joins too to give the young dudes some game.

After announcing the partnerships between Skhandaworld and Universal Music Group South Africa, DJ Mr X has ensured he keeps the consistency in the release of club bangers following the release of Asambe and All I want it you. He does no different on this new release, sees label mates Ma-E and Loki showing support and adding Emtee who has not been seen with collaborations in a while.

Taking from the amapiano which is growing at fast rate in the world, inspiring some of the best artist in the world, the multi-talented DJ Mr X gets inspired by the log drum. Adding that element to the sound resides with the origins of the Skhanda sound that the camp has created. incorporating elements of kwaito to their hip hop sound, keeping real for “ikasi”.

DJ Mr X unleashes Emtee, Loki and Ma-E all on one song. Production and verses live up to the title track because when the crew jumps on the beat - “Kube Lit”. The beat lock drum sets the mood for Emtee to do only what Emtee does best –to bring it. Ma-E comes in at the end on his “grootman” steez to solidify that if a song is lit, you will find Ma-E on it. Loki bridges the songs with his vocals, and he flows seamlessly between choruses

The slow tempo club banger with a heavy bass and the kick of the log drum, while Emtee brings his catchy chorus and bars with the hard bars from Loki. Ma-E’s experience is felt in the song as he comes through with his chilled verses as always.