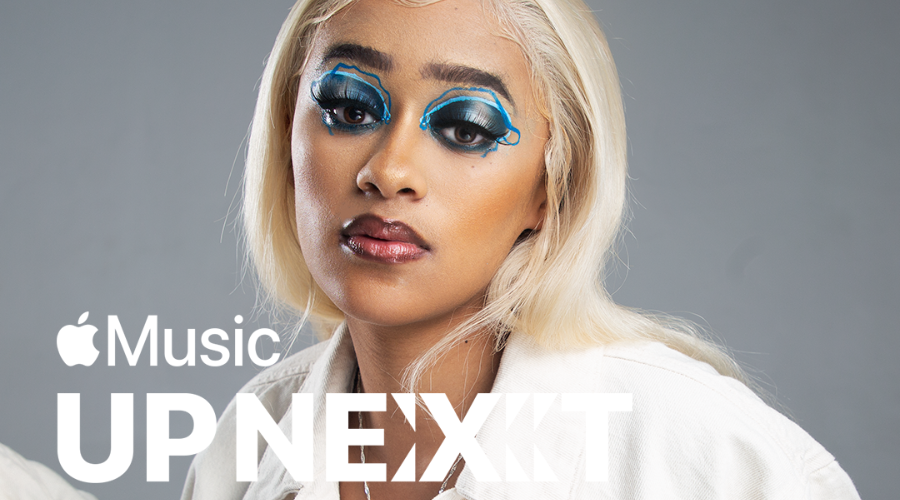 @officialnanette Announced As @AppleMusic Up Next South Africa Artist

Apple Music today announced South African R&B singer and songwriter, Nanette as the latest artist in its Up Next program, a local version of its global emerging artist platform.

“Being selected for Apple Music Up Next is nothing short of a dream. Being able to shape the future I wanna see using my reach and music has been such a beautiful experience and to be recognised for that in any way is humbling. Music will forever be the healing force and a universal language. Huge shoutout to Apple for all the love!” she says.

Nanette’s partnership with talent manager and businessman, Rich Mahogany, led to her working with her current producer, Lee Global, which in turn opened doors for her signing to Universal Music South Africa, and featuring on Una Rams’ “rendezvous” and lordkez’s handmedowns.

During South Africa’s initial lockdown in 2020, Nanette began work on her debut album, bad weather (2022), available to stream on Apple Music in Spatial Audio, which finds her revelling in a refined ‘90s R&B sound. Influenced by the soulful voices of Nina Simone, Jhene Aiko, Etta James and Janet Jackson, Nanette developed an innate love for storytelling, which she flexes in the therapeutic lyrics over nine tracks.

As the latest Up Next artist to be spotlighted in South Africa, Nanette will be featured across Apple Music’s South African Up Next playlist.