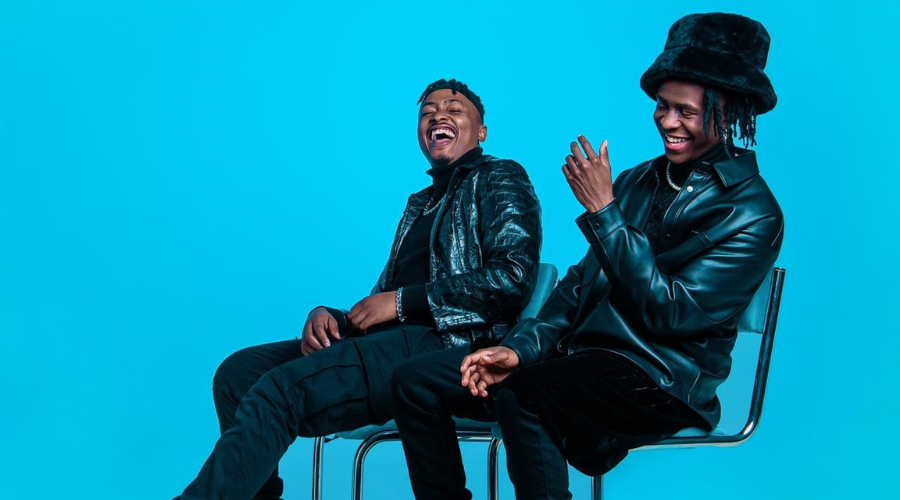 Released on 14th June the music video comes as a first from the two young pioneering artists since coming together for their long new collaborative project, "Waterbreak 2" last year in August.

The music video offers us a fresh new look and perspective of chemistry between the two young creatives, and their overall and outward performance and lyrical song delivery makes it a tasteful and vibrant tune for the streets.

Coming off as the first lead single off their "Waterbreak 2" mixtape, "African Boujee" is a song that explores ambition and desire that young Africans have. The desire to attain wealth in a holistic sense including but not limited to material possessions and excess. The song describes, in jestful detail, the kind of material trimmings that come with having massive wealth. That "Gucci slamba" or that "fendi galore". The song on the whole aims to celebrate black wealth and conspicuous consumption.

However, the purpose of the song is to simply celebrate the inherent wealth that is embedded in African people from birth. It celebrates the inner wealth that exists outside the "Gucci slamba" or a "trip to the bay". The song makes the point that, although we might not all have access to material wealth, we still have songs that can make anyone feel like they have it in abundance.

As a musical artist over time, Benny Chill has put in considerable effort getting his name known in the industry. His efforts have paid off well, being able to share studio sessions with the likes of AKA, Da Les, Okmalumkoolkat and Zoocci Coke Dope.


Jillz Mijiga, better known by his stage name Jillz is a Malawian/SA based platinum selling producer and rapper. Being recognized for his creative, refined and diligent performance in songs has put him on the map as one of the top standing rappers and producers in the game. Jillz has also been well known for his production on Cassper Nyovest's "Move For Me" (ft Boskasie), which hit 2.4 million streams earning him a record as a platinum producer.