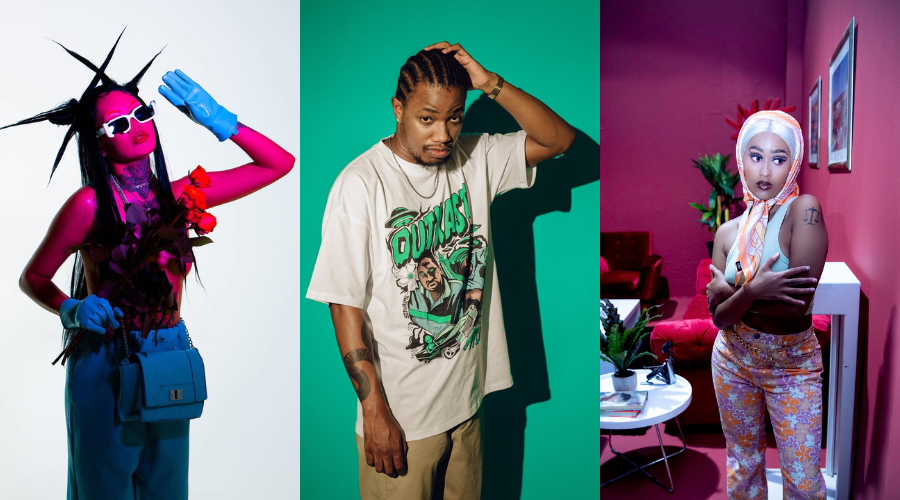 The month of May saw the releases of amazing projects from the new wave of artists. They really delivered quality stuff and did way more than the artists in the mainstream media. I can't even pick a favourite because they were all so well put together.

Today, I recap with you by revisiting the May releases that you should be listening to today!

As provocative as the title may seem, this two year in the making album goes HARD! Money Badoo has made sure that she comes for everything with this body of work offering that I can't even pick a favourite.

FTL Radio stable artist, 2AM released his trapsoul/RnB EP titled. "Close Enough". This EP gives me joy because I am a huge fan of RnB's subgenre, Trapsoul.

The collaborators reunite for a second installment of their rap saga.

Shabzi Madallion - 'Who's Around When It's Finally Done' EP

On the EP you can hear ShabZi touch on the life of living in Joburg and all his hustles.

The body of work consists of six cuts which include collaborations with Tumi Tladi, Roberto, Rouge, Fifi Cooper and more.

"The Mindset" EP gets listeners into the mind of Krish as he spits some serious bars on some mellow rap beats.

"Umbono Wam" is Flash Ikumkani's affirmation to himself and everyone that his dreams are valid.

The Zambian rapper bosses up on her Def Jam Africa debut.

Tyson Sybateli takes us on a journey, telling stories and describing what home is to him. An absolute favourite and if you are a rap head, you'll enjoy this one.

This beautiful debut body of work is an exercise in finding refuge in cathartic artistic expression in an emotional journey.

Singer-songwriter Belo Salo surprised his fans/supporters with a release of a 4-tracker EP drop on SoundCloud.

Def Jam Africa signee, Lucasraps surprised his fans/supporters with a release of an EP. The sequel of "Location Hurting" was released on his SoundCloud for his day one supporters.