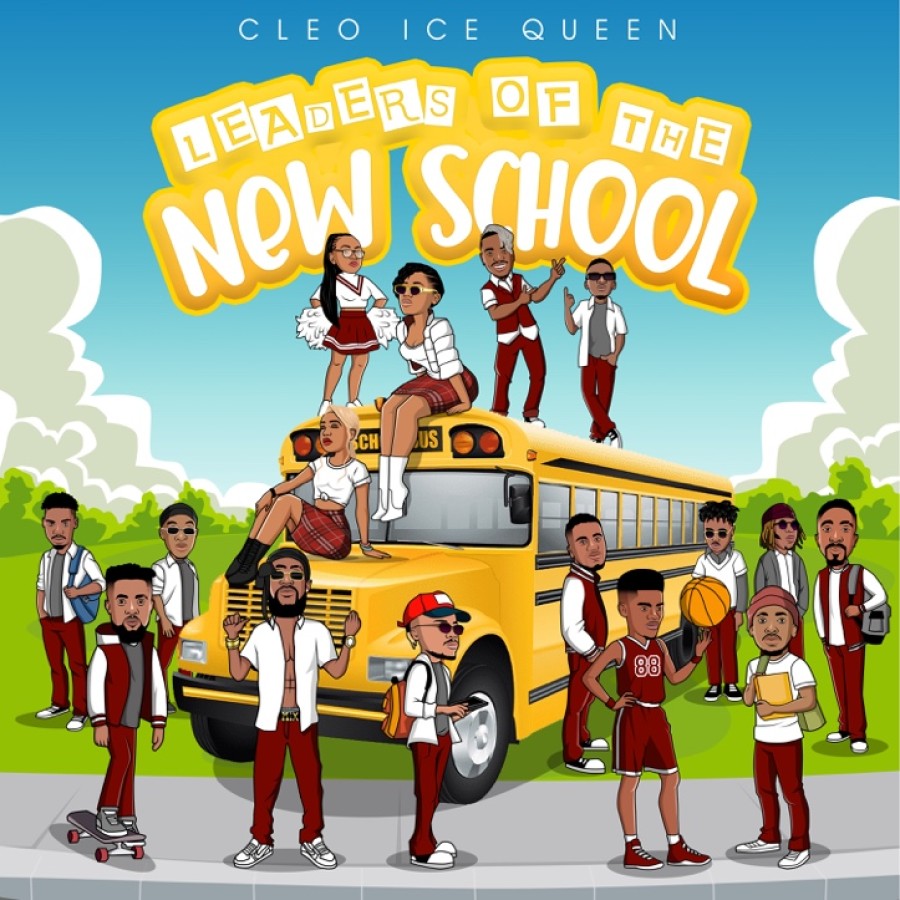 The wait is finally over Cleo Ice Queen is finally dropping the much-awaited EP titled “Leaders of the new school “. The 10-track body of work is a combination of talents across the hip hop sphere in Zambia.

Leaders Of The New School opens up with “So Cold” which addresses the social ills and pressures which affect the youth in music, school and every other life avenue. Cleo has contributed to hip hop in Zambia for the longest time and her accolades speak for themselves.

The track “On My Own “was also birthed when two great queens came who came together while jamming in studio, Towela Kaira brought her A-game on this track and the visuals are quite complementary to the track. The single already accumulated more than 100 000 streams on Boomplay making it the first ever track in her catalogue to achieve this. The visuals are also on almost 100k views on YouTube within a week of release, this is also a first for Cleo .

As you move along on the EP Cleo collaborates with the charismatic Ryan Blaze who is known for songs like Plan B and Bad Women. This single showcase Cleo’s game in spitting rhymes. She goes head-to-head with Ryan Blaze and rips this track apart as both spit awesome rhymes.

The F.A.K.E is also featured on a track titled “Back Then” which is a reflective track for Cleo Ice Queen.

Cleo Ice Queen has come full circle and managed to reign as a queen within Zambia’s Hip Hop. This body of work is a true reflection of Cleo Ice Queen is and the collaborators are also well picked and have brought their A-game on this first release under Def Jam Africa.