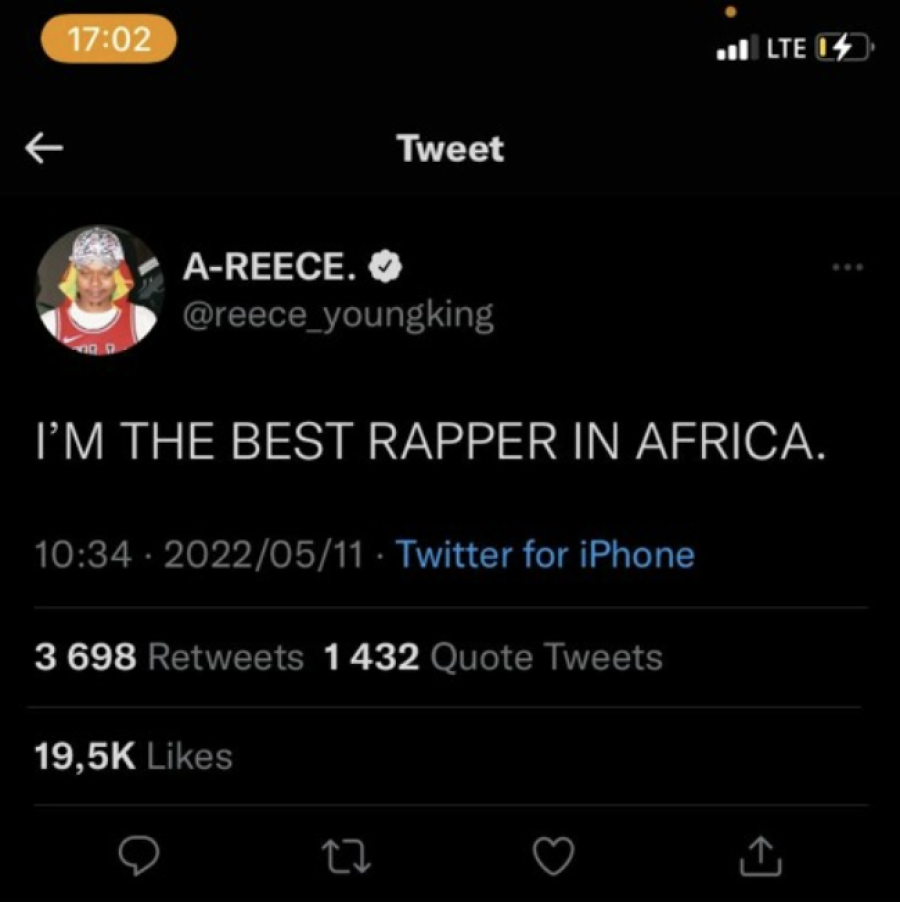 Re tla reng, ke hip-hop doggo, and this is what gets its listeners excited!

Earlier today, A-Reece broke his silence to tweet and claim;

I’M THE BEST RAPPER IN AFRICA.

With 22K likes in just 7 hours, it is proof that many of his fans/supporters agree with him. Although it started up a slur in the Twitter streets, many rappers didn't take to alike, one being rising talent, Lucasraps - The rapper responded to the tweet with a Soundcloud drop titled, "BEST RAPPER IN AFRICA". Lucasraps uses Riky Rick's "Pick You Up" instrumental of 2017 that featured A-Reece...