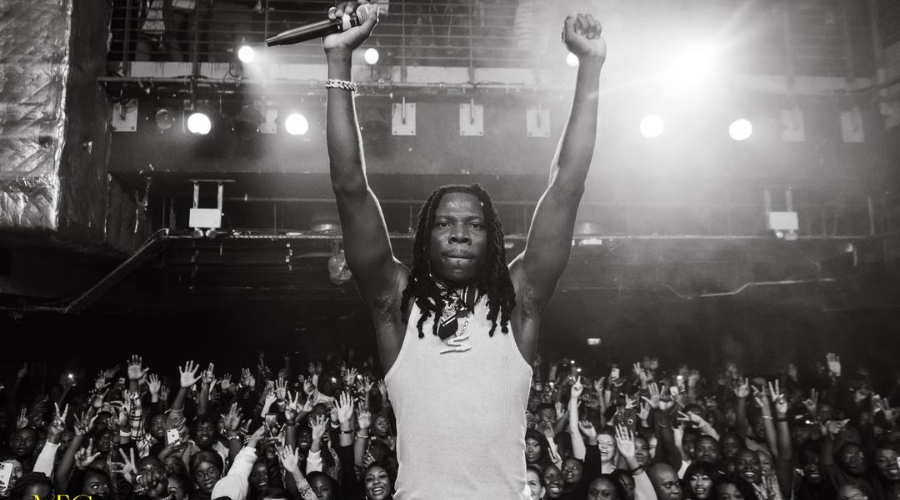 Universal Music Group (UMG) label divisions Def Jam Recordings, 0207 Def Jam and Def Jam Africa are thrilled to announce the global signing of Ghanaian Afropop, dancehall and beloved reggae musician and pioneer, Stonebwoy to the global Def Jam artist family. Def Jam Africa will represent his music across Africa, whilst Def Jam Recordings will become his label home in the U.S. with 0207 Def Jam supporting the record in the U.K.. This partnership between labels showcases UMG’s global commitment to introducing Stonebwoy’s eclectic sound and Ghanaian music culture to new audiences around the world.

Stonebwoy is an award-winning African artist that has been placing the continent firmly on the musical map with international touring, standout collaborations and hugely popular singles since 2012. One of Ghana’s most pertinent superstars, Stonebwoy will release his brand new single, Therapy on May 3 via Def Jam Recordings, 0207 Def Jam and Def Jam Africa, supported by UMG labels around the world .

Therapy comes off the back of an already illustrious career of four albums, countless hit tracks and movie roles, not to mention his philanthropic work as part of the ‘Livingston Foundation’, educating young Africans and elevating the youth of Ghana.

The single is the first release for his newly signed record deal with Def Jam, home to some of the biggest names in hip-hop, Afrobeats and trap talent from the continent, and is the lead single from Stonebwoy’s brand new album due to drop mid-2022.

Stonebwoy, aka Livingston Satekla is no stranger to success. Having been the recipient of multiple acclaimed awards such as Best International Act: Africa at the BET Awards, Artist of the Year at the Ghana Music Awards and two Billboard plaques, he has been described as the king of ragga and dancehallin’ for Africa in his career. He has duetted with international artists such as Keri Wilson, Sean Paul, Trey Songz, Burna Boy, Alpha Blondie and many more - and has rocked stages from the UK to the USA, Australia, Italy, Puerto Rico and Amsterdam - making his electrifying touring an integral part of his career.