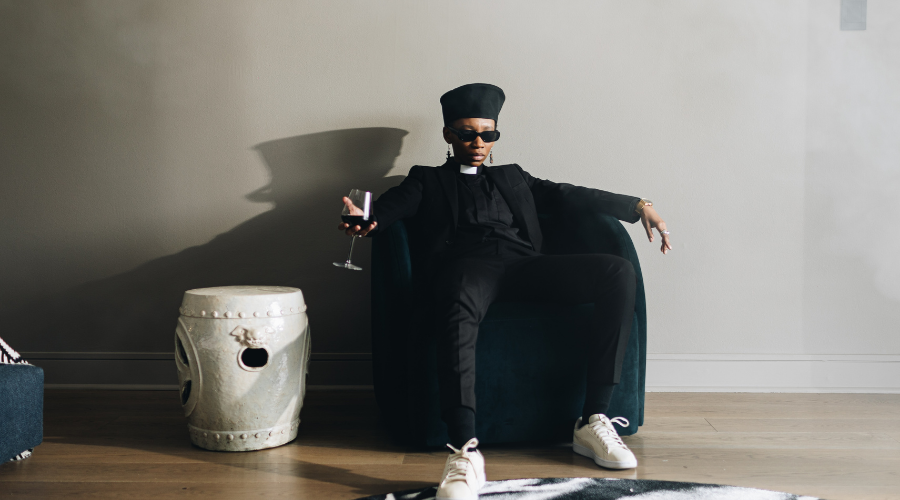 The Easter long weekend bore a microcosm of all things forbidden as [STAY LOW] esoteric royalty ZuluMecca poked the bear of religious dogma with the visuals of “Do You Get Bitches”, directed by Fred-From-Yesterday, Shot and edited by Teeman and Produced by Jaden Thiel. The Shooterkhumz produced record is her career-crossroads lead single taken from her latest offering, FABLE – A Parable by ZuluMecca.

The high priest of provocative though warps the viewer into a bandwagon of bad habits, rarely shy to make an ardent presentation of her carnal desires. The secular communion set in a simplistic apartment features her signature wine pour, a sensual lap dance, and a small tithe basket of money, emphasizing the difficulty of speculating between spiritual discipline and worldly acquisition, especially when lust is right at the doorstep, encouraging submission.

Should you crave a whiff of controversy, daringly request "Do You Get Bitches" on your favourite Television and Radio outlets and be sure to connect with ZuluMecca for more music updates and share in her unpacking every layer of her humanity.