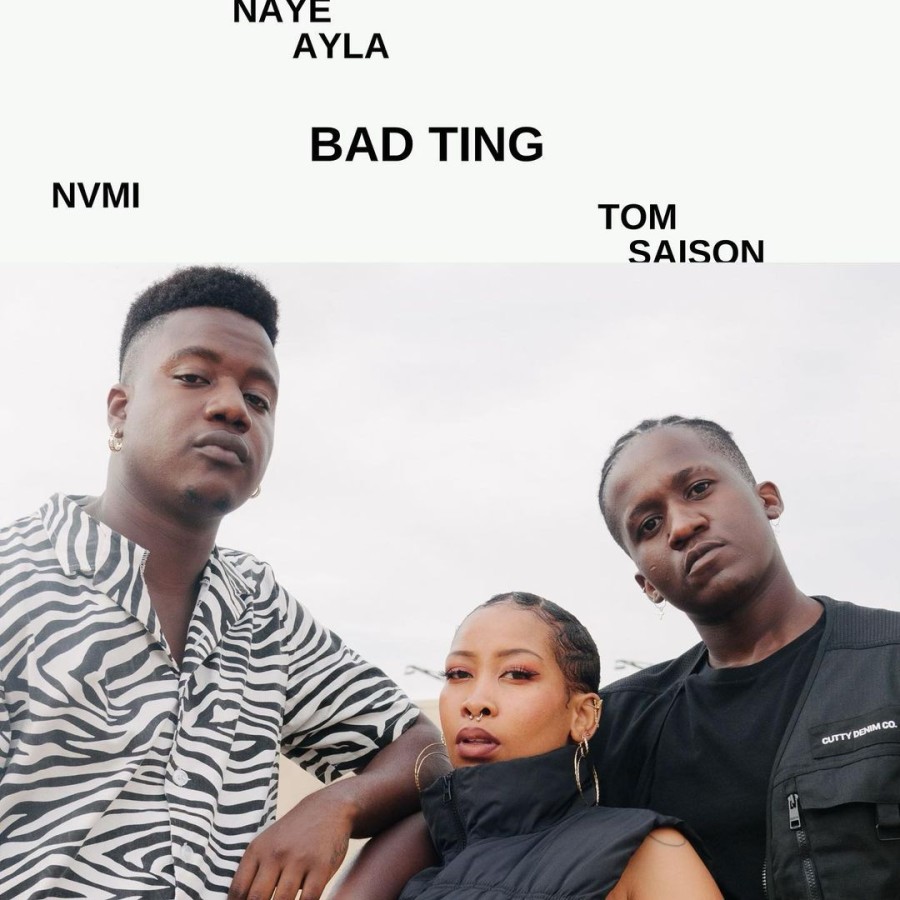 Love is layered. There’s a reason why the trope of “the good, the bad, and the ugly” is so prevalent in romantic comedies or dramas at large. It’s this toxicity in relationships that NVMI, Naye Ayla, and Tom Saison playfully critique with the release of “Bad Ting”. Of the song, NVMI says, “We all have a bit of baggage we carry into our interactions and we’re all craving meaningful emotional connections. Even though I’m a “bad ting”, I’m your “bad ting” you know?” The release of “Bad Ting” marks NVMI’s newest release after the success of Let Me In. In addition to its musicality, the magic of “Bad Ting” is in its organic creation. With songwriters like Naye Ayla, Tom Saison, NVMI, and incidentally Una Rams, who all happen to be friends as well, the single’s playful nature is equally represented in its construction.

“This for me is why it’s the perfect song to score a first date,” says Tom Saison. According to the Road To... singer, “Bad Ting” is “Straight to the point but not shy of a necessary soft touch.”

Of late, digital discourse has interrogated the term “baddie” from various angles. “Bad Ting” celebrates the baddie in us all, according to Naye Ayla, celebrated Every Feeling singer. “We’ve worked on all kinds of music together so to be able to create something so fun, so true to each of us in different ways is so exciting. This song is us channelling our inner baddies & telling it like we want it & that’s why I love it. Everyone is a baddie,” she explains.