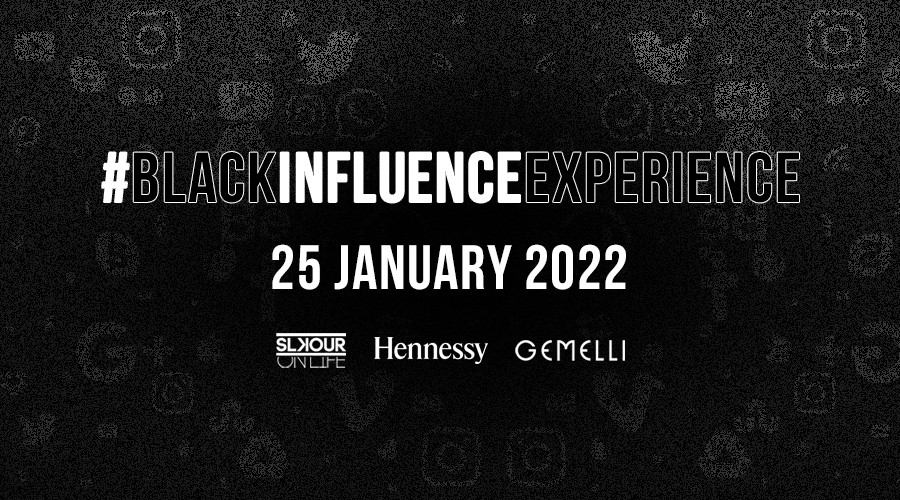 Not to say I was on one, but the holidays are a beautiful time to clear your mind and conjure up bold ideas that are influenced by your deeper desire to make change - rather than make a living.

This December the spirit touched me with an exciting thought I now call the Black Influence Experience.

I realised that for the first time in the history of marketing people of colour, from the creative influencer/talent, to the creative corporate, have a say to how a brand is perceived.

Not only that, but they can back this up with stats or data they can easily access whether on social media or streaming platforms - historically detailed data would be limited to the institutions a creator or artist is contracted with. Meaning they’d have a better understanding of your audience than you.

I wonder if black influence is aware of its power as a collective and the walls it could break for itself and allies.

Without being too much of an idealist there’s corruption in politics - as is in corporate. Both these sectors have built systems to circulate the money within their circles, regardless of performance or quality. It's discouraging and even as I write this with good intent, I wonder what the business repercussions I’d endure by proposing to bring black influence in one room to realise their power and the importance of recognising our allies.

After all, there are global platforms that have features for “blacks” like; Black Creators months, Black Owned Friday or Black Lead. Yet, is it radical if we also created something for ourselves and would we be supported by these platforms if we asked to sit around the table with a proposition initiated by us and not by a global corporate or political mandate? A balanced question is; are black folks even ready to be an influential power as a collective and not individuals?

I called a fellow caucasian ally and friend who’s pretty influential in these marketing streets to share this idea. His response was; “Siya if they have a problem with this, they were never for you in the first place, do it.”

We are all moved by a feeling and if we look at each other as suits, celebrities, or by race, we will miss the opportunity to be powerful as a collective.

Even though the event is called the ‘Black Influence Experience’, in my experience colour is not something I’ve seen but felt through the decisions that are made for us and sometimes by us.

If corporate allies have their hearts open, whether through hiring and trusting people of colour, who then sell ideas that involve creators of colour from their communities. We then have the responsibility to see each other and work together as a collective, not to appease the white corporate but to show our excellence, so it can lead to global platforms to tell our stories,get bigger bags that we can plough back to projects that we want to create which will one day give a new generation the power to lead the economy.

Side note: The next generation of cultural success is going to be dominated by ownership.Its already a global phenomena with artists like Rihanna,Kanye West,Kylie Jenner. If the rationale is that influencers work because they are a representation of a community, the next gap for representation will be in the products the market consume.

A hot artist makes a lot of money at one time, but a level headed artist can make enough money forever. A corporate of colour who can bring results through ideating and working with their own people to deliver will prove highly valuable to a corporate that's trying to penetrate this diverse mass market in South Africa. It appears we need each other because we haven't even scratched the surface of the impact we can have in the world in influence and narrative.

We first need to realise our influence, then imagine what it looks like as a collective and then take action, after all - it is a paradigm shift.

As a generation, if we miss this window of influence, we would have failed the future because the power will inevitably move again.

Join us for the virtual live streaming of the 'Black Influence Experiment' below;

Set a reminder to get notified when the event starts. The live stream is managed by Beyond Streams.