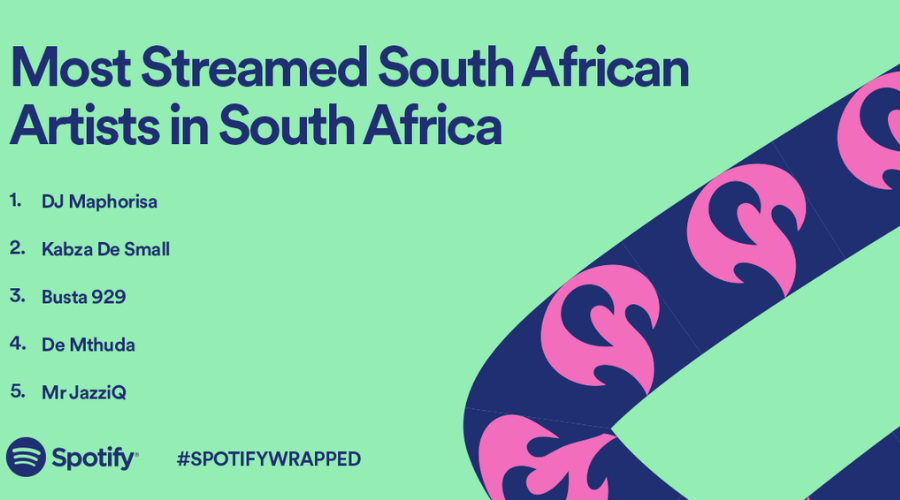 Tell us about Spotify Wrapped and what the 2021 campaign in South Africa looks like?

Wrapped is Spotify’s annual wrap up of the artists, songs, albums, playlists and more that Spotify users have streamed over the past year. Spotify’s 2021 Wrapped is a celebration of all the millions of weird and wonderful ways to listen and live in a world that continues to keep everyone on their toes.  In South Africa, Wrapped 2021 focused on the most streamed by the local audience in terms of: artists, tracks, albums and playlist as well as the most streamed local artists and tracks. Wrapped is Spotify’s opportunity every year to come out with our totally distinctive voice and let people have this moment of celebration, laughter, and levity at the end of a long year.

How do you access the personalised Wrapped experience and what does this include this year?

Eligible users can also access their personalised Wrapped experience exclusively in the Spotify mobile app (iOS and Android). This year’s Wrapped experience is full of familiar favourites, mixed with surprising new ones that connect fans with each other and creators.  One of the best parts of Wrapped is sharing personalised Wrapped cards on social channels like Snapchat, Twitter, Instagram, and Facebook. This year Spotify is excited to announce that users can also now share their Wrapped cards directly to TikTok.

Who are the most streamed local hip hop artists in South Africa from Wrapped 2021?

It has been great to see newcomers like Blxckie and 25K in this list. Nasty C, AKA and Jack Parow are all still very much firm favourites amongst fans without dropping albums or EPs in 2021.

What are the most streamed local hip hop tracks in South Africa?

What are your thoughts on the streaming numbers of SA Hip Hop in comparison to other genres in the country?

AmaPiano remains popular in the country as it leads the lists of the most streamed local artists, tracks, and playlists. However, the most streamed artists list for Wrapped 2021 has shown us that hip hop remains a popular genre amongst local listeners, with nine out of the top 10 spots being dominated by rappers. Local hip hop is also popular, and we’ve seen this with the rising popularity of hip hop artist, Blxckie. As one of the biggest breakout hip hop artists of the year, Blxckie’s trap-hip hop sound has gained him popularity both locally and internationally as he garnered over 6 980 769 streams, globally.

What were the 3 most streamed SA Hip Hop albums from this year?

It was interesting to see Jack Parow was the 10th most streamed Hip Hop artist in the country. Have you seen an increase of Afrikaans rap on the platform in general?

Afrikaans artists and songs, in general, remain popular on the platform for the local audience.  Overall, Afrikaans artists have consistently performed well on Wrapped over the years and this year’s Wrapped 2021 highlighted a successful year for two Afrikaans musicians in particular.  Riaan Benadé led the pack with the most streamed album in South Africa for 2021 with his debut album, Spontaan, which has continued to gain momentum since its release. Spotify also revealed that Appel is the most streamed Afrikaans artist in South Africa.  Appel has enjoyed success both locally and abroad having been streamed on Spotify over 8 560 634 times globally in 2021. Spoegwolf claimed the second spot followed by Riaan Benadé. Bok Van Blerk and Snotkop were in fourth and fifth places, respectively.

Jack Parow made 2020's SA Hip Hop list together with other Afrikaans rappers like Biggy and Early B. There definitely is an ever growing & popular market for Afrikaans rap. If you look at all these artists like Biggy, Early B, Youngsta CPT included too, they have all had very positive audience growth Year on Year on Spotify.

Does Spotify have a dedicated SA Hip Hop playlist that people can check out?

Users can browse Spotify for a range of genre playlists. For SA Hip Hop in particular, browse the Hip Hop hub to find  AUX - a South African specific playlist that spotlights the hottest South African Hip Hop (and R&B) tracks.

Who are some of the artists that are popular amongst Gen Z?