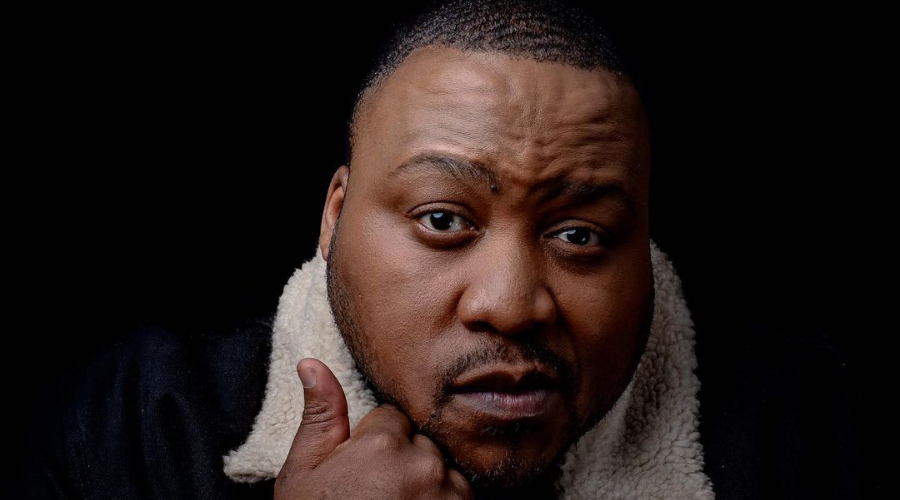 Interview: @TumiMolekane Catches Up With Slikour On Skwatta Kamp Beef, Nota Scuffle And Signing To @defjamafrica

Ironing out Skwatta Kamp and Tumi the Volume Beef

Industry OG, Stogie T and Slikour recently sat down for a catch session for the SlikourOnLife Backyard Sessions feature on the platform. The accomplished rappers broke the ice by ironing out a long standing squabble when Tumi and the Volume were at the peak of their careers and Skwatta Kamp was on the rise with a new sound and wave of hip-hop. 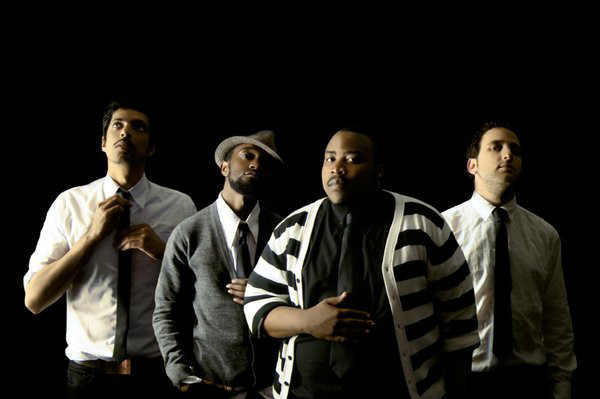 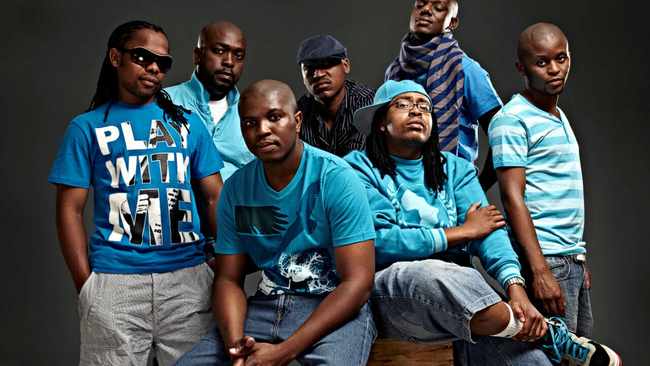 The squabble began when Tumi (Stogie T) shared what his thoughts were on the new wave of hip-hop that was anchored by Skwatta Kamp, to which he replied carelessly, expressing that it wasn’t his vibe - not acknowledging the impact Skwatta Kamp had on the industry and genre.

Ironing out this squabble ensures that young artists and kids in the streets who follow Slikour and Stogie T learn that the pie is big for everyone and that everyone will get their moment- and whilst they wait for their break through, they need to be able to appreciate and celebrate their peers making strides in the game.

Stogie T: I went on YFM and they asked what I thought about Swatta Kamp and I told them it was alright but that it wasn’t my vibe.

Part of it was because of the competition. Secondly, Skwatta Kamp was evolving in front of our eyes, breaking new ground. We were on the other side- we were like ‘what are you doing?’ We were narrow minded because we wanted to get signed too.

I criticized you guys and Smaxx and Flabba actually approached me about my views. 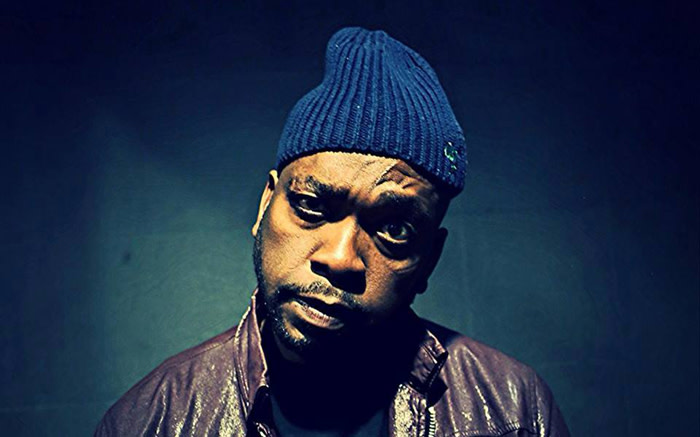 It took me a couple of years to understand what they were saying, which is that if I say I don’t mess with Skwatta Camp, my fans who do, may ask me to pick a side- which is wild because we come from the same place. Why are people picking sides? Why can’t they be fans of Tumi the Volume and Skwatta Kamp etc.?

I realized the street science of it only later, that I was naive and immature, and I apologize.

When it came to the business of it, I later came to understand that Skwatta Kamp created a sound, a way to be, a successful cannon in SA hiphop- it was like rap in Kasi, where stuff was like a little krunk but still street, and obviously there’d be a million kids who wanted to sound like that.

I  didn’t realize that me publicly criticizing Skwatta Kamp gave labels the power to decide what was “real” hip-hop, potentially dividing all of us and not enabling all of us to have a seat at the table. I didn’t give you your just due for what you were doing.

Slikour: Look, it was my team, we put out the DJ Switch song, a moment in industry and it wasn’t about who had the best verse.

It was a song about raps and verses and you chose to respond with your cigar and went off about research and a lot of things.

I’m an older guy now and I’m working with younger guys, and I just believe in learning the principles of that experience. If someone from my generation, who should be on my side, is saying certain things, it gives the younger generation the leg to come back and tell us that we also messed up in some ways. My question is, how are we raising these guys to learn?”

Ironing out the Stogie T vs SlikourOnLife squabble

The Skwatta Kamp vs Tumi and The Volume squabble was topical in their prime, however, this would not be the only squabble Stogie T and Slikour engage in on a public platform. This time, Stogie T took to Instagram to express his dissatisfaction with how Slikour and his team (now at SlikourOnLife) handled the release of the video for the single “Way It Go” featuring Nasty C, YoungstaCPT and Stogie T.

The SlikourOnLife team took to their social media platforms to ask audiences who they felt had the best verse. Stogie T felt that the song had many more interesting and inspiring stories to share with audiences instead of asking them to pick their favourite verse.

It was the first time that Nasty C came out and made a buzz in the industry. It was the first time YoungstaCPT came out to try and make waves in Johannesburg as a coloured hip-hop rapper. How the three artists are is another narrative that Stogie T felt that SlikourOnLife could have explored.

Slikour refuted this by expressing that his method of going back in time to remind people of amazing songs from the past, achieved the same mission Stogie T wanted because people ended up being interested in the actual stories behind the song. Slikour felt that Stogie T could’ve expressed his views without shooting down the entire platform, calling it “shitty journalism.

They’ve since dapped it up and are continuing with their individual journeys of contributing to the game and uplifting young people.

“I thought those stories were beautiful and powerful but were told in such a terrible context,” Slikour said.

“Every week artists talk about who had the dopest verse and people miss the opportunity to hear the actual song and the message in the song. It is tiring.

I felt the song was way more monumental than what’s your favourite verse. I was wrong in that I didn’t give your just due for what you were doing.

I shared the stories expressing things I thought were monumental moments on the song. I regret how it played out.”

In the first week of October, social media went abuzz following a video of music exec, Nota Baloyi and Stogie T going at each other physically at Level Three Venue in Sandton. Once again, social media was seemingly the catalyst for this brawl. The two hiphop players who have both had an incredible run in the game, went off at each other expressing opposing views about a matter. Stogie T drew the line when Nota Baloyi allegedly spewed vitriol about Stogie T’s family, but was not expecting to be attacked at an event.

“Oh my god, I got my ass waxxed. Black Lez came to me and said, I saw Nota already waxxed you so I figured I’d come dap you [Chuckles].

There’s some legal stuff happening, I don’t want to say too much. I’m accepting that people might not like the stuff I put out but I don’t bring out family or people who aren’t involved. A red line is when you disrespect family- problem is when you take it outside of hip-hop and pretend it wasn’t that.

He approached me whilst I was chilling with Zaz Boy, and he jumped the ropes which led to this terrible thing.

I’m not a macho man- I’m not a tough guy and I would never put it out there I’d wack these niggers, maybe in a rap song. I wouldn’t put out anything promoting violence. I just felt that a redline had been crossed.

To watch a video where I’m scuffling with.. that dude changes nothing in my life. I just feel like I gave him so much power and for 2 and half years, he’d been ranting and raving and I said nothing - until he came to my face and thought he could be comfortable.

Part of me regrets that because of what it means for my family and community, but there was a room full of hiphop people who watched Stogie T say to someone who's been disrespecting him for years, you can’t do that. I hope if I was 18/19/ 20, I hope it makes me think twice before typing something crazy. There might be consequences.” 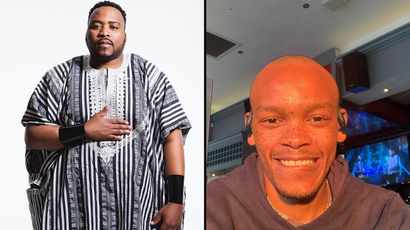 In his statement explaining his side of the story, that he, as an artist, supports free speech and the right for people to express their opinions on public platforms. He also expressed that Nota Baloyi had become infamous for slandering creatives.

“He has lied about encounters, charged me with destroying culture, one time suggesting my mother was a corrupt public servant who cheated the state to prop up my European tours with Tumi and The Volume, and most recently, suggesting I am a woman beater.”

Stogie T has since taken the moment to have the last word on the matter the best way he knows how to express himself- through his pen. His new single “Mama said” was released exactly a week following the altercation and is about the values he was raised with against the trials he encounters on his journey.

In the same week of the altercation with Nota Baloyi and the release of “Mama said,” Stogie T at least had a positive end to the month of October after he signed his deal with DefJam Recordings Africa after almost two decades in the game. The rapper took to social media on Friday, 8 October to share this exciting news and posted a video of the label welcoming him to their stable.

“Being signed by anyone is crazy. It used to be a dream that was far but now I’m part of the legacy. My name is part of the roster and history.

The approach, what they do and what they see was the motivating factor. I’ve shown that we’ve helped some things happen and were part of the journey for some artists. So they’re not just signing a rapper.

People have been going off about my independence and for me independence is not independence for independence sake, it was more about what’s the most effective way I can get my dreams out truthfully and honestly, and it was clear that their vision and mine align.

People can congratulate me but I didn’t want the champagne glasses and pictures because nobody knows if I got screwed. Let’s let the work speak for itself.”