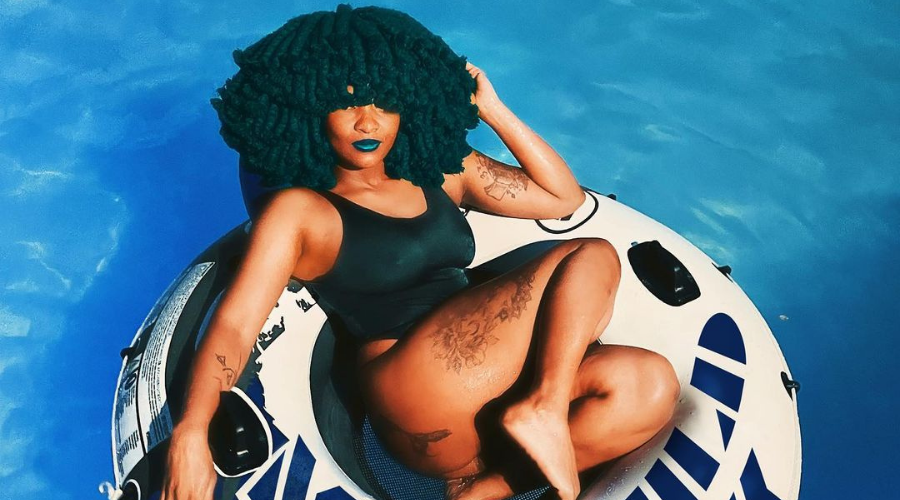 Released in a time that could not be more relevant, the message of the single and music video is a plea for the pandemic to end so that people can enjoy the outdoors, especially leading up to the festive season. The video speaks to a huge party culture in South Africa where celebrations are shared with friends and memories created through music and dance. With South Africa facing a new wave and variant of the pandemic, the video will bring positive energy during this lockdown phase.

2021 should be named the year of Moonchild on the back of the feature of “My Power” with Beyonce. Moonchild released double singles every two months catering to both the urban and pop market with a total release of 6 singles.

Moonchild Sanelly’s recent releases open up a new chapter for her after last year's EP Nüdes, her standout feature on the Gorillaz album Strange Timez ("With Love to an Ex"), her killer bars on Ghetts UK radio smash “Mozambique” as well as her feature in Beyoncé's Black Is King visual album for the song "MY POWER." Fearless, inclusive and a lot of fun, the artist is only just getting started. Her iconic personal style combined with an outspoken approach to female sexual desire has earned her collaborations with the aforementioned Beyoncé and Gorillaz as well as the likes of Diplo and Wizkid and built her a devoted fanbase. She is "a global superstar waiting to happen" according to Damon Albarn.

“After Cardi B and Megan Thee Stallion shocked prudes, the South African’s latest might end them all.”

“Her future ghetto funk and focus on body positivity and female sexual empowerment make her one of the most buzzed-about performers.”

“Sanelly is one of South Africa’s most striking artists, and is unapologetic about female desire in her music.”