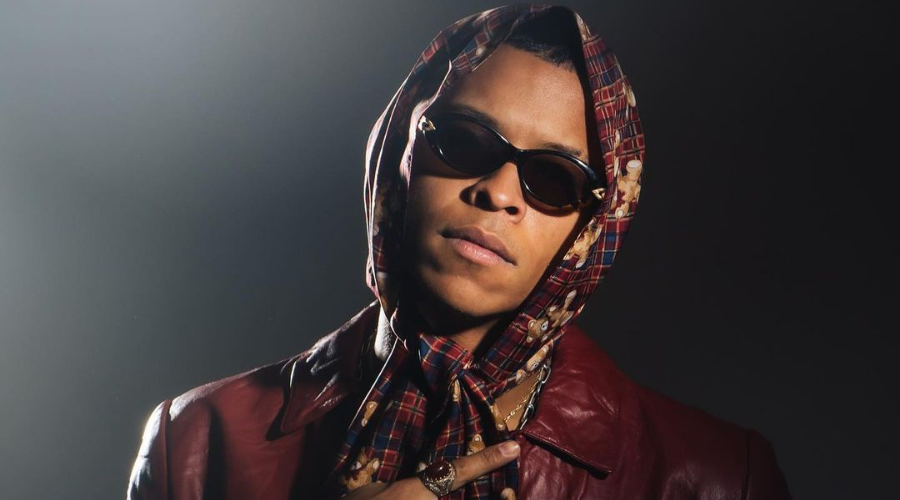 Ka$hCPT is by no means a newcomer to making music and he has been part of the underground scene for quite some time. I always feel like there is something special about artists from Cape Town. Versatility is more of a necessity than in other regions around the country because it is a major city however, much like Hip Hop artists in KZN, they often feel overlooked despite their obvious talent. There are many talented artists in Cape Town that are creating a wide variety of music but I have always felt that out of all of those that were seen as part of the 'new wave' scene from Cape Town, Ka$hCPT was one who had the ability to translate to a larger audience. By now, I am familiar with the Slikouronlife audience and I have been grilled by them on several occasions, so I am well aware of the fact that I need to back up what I'm saying. I'm going to use Ka$hCPT's debut album titled CAPE TOWN RADIO to prove my point as well as a few single and features he has done recently. I'm going to dissect the album in order of what I feel he does best.

I think that there are very few in the country that can seamlessly fit into the pop bag the way that KA$hCPT does. It is one thing for an artist to be featured by a pop artist, but it is another thing to make songs where you feel at home in the genre. There has always been a pop scene in the country via Afro-Pop which is one of our greater exports, but there has been more of a scene outside of that. A world where artists are mixing pop with Electro, Amapiano, House, Hip Hop and everything in between to create a new and more universal version of the sound that this generation can gravitate to irrespective of what genre they mainly listen to.

Now those who are familiar with Ka$hCPT may disagree with my assessment that this is what he does best but hear me out. I think artists like Ka$hCPT have the ability to carve a unique lane for themselves, much like the featured artist, Manu WorldStar has done for himself. Artists like that can bring together two different audiences. Lovers of Afro Beat, Pop, and 'World' music can all appreciate and enjoy this song, taking him outside of the niche of up and coming Hip Hop artists who are making a name for themselves.

There is this perspective in Hip Hop who make the move to making Amapiano are selling out because it's too easy for them to make it. Now that I'm writing this article, there is a general disrespect for dance music of any kind by purists of different genres. I assure you that dance music is not easy and Amapiano is a lot more than a few loosely put together lyrics and many artists have tried their hand at the genre with little to no success. So with that being said, I think that Ka$hCPT's ability to make an Amapiano song without feeling like he is out of place is pretty impressive. He doesn't try to be something he isn't. He is still true to himself without trying to copy and paste things that may have worked for other artists.

This is, in my opinion, the easiest bag for him to get into. You get the feeling that he grew up on music like this when you hear a song like FETA. I don't think that anyone that isn't completely comfortable rapping wouldn't be able to create a song like 'FETA' which is filled with punchlines and an almost non-stop flow.

I have spent most of this article talking about the sounds that Ka$hCPT can execute but I think I would be doing him a disservice by writing this article without touching on what he brings to the table as an individual, that other artists couldn't even if they tried.

I don't know what to call these songs or what to describe them as but I consider these songs the ace up Ka$hCPT's sleeve. The one trick he has that others couldn't emulate even if they tried and I'm talking about songs like 'WINNING', 'VI$A' and 'OTHER $TUFF'. Those songs are such a weird mix of different sounds that I struggle to describe them. They put me in a mood that only Ka$hCPT could and I find that interesting given the amount of music that I listen to. I really do hope that Ka$hCPT blows up because he is such a talent with the ability to make almost anything you could think of.