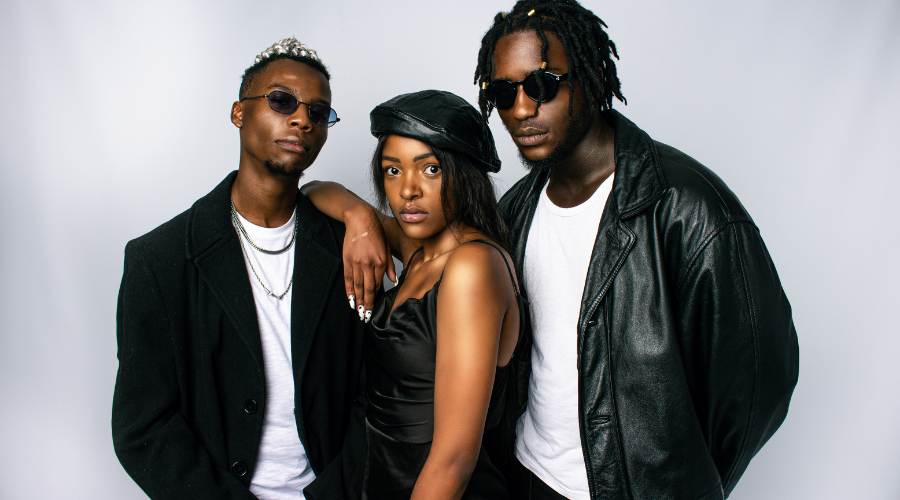 Redacted Music Group is delighted to present Security Clearance, a cutting edge collaborative album by IORDN, Monelle and Masilo The Healer dropping on December 3rd, 2021. The project is a carefully crafted sonic journey, exploring themes of social injustice, spiritual decline, as well as expressions of joy, passion, courage in the face of adversity.

After the successful release of two singles; the catchy Hip-Hop/R&B cut “Hazardous” (characterized by its “feel-good vibes” as described by Slikour on Life) and “The Code”, a heavy hitting track currently featured on Spotify’s “Hip-Hop Circle”, the trio’s is adamant to put their musical dexterity on full display. Primarily a Hip-Hop and R&B album, Security Clearance draws inspiration from Rock, Drill, Jazz, Neo-Soul, Gospel, Funk and even cinematic scoring to create an experience unlike any other.

In IORDN’s own words: “no one is safe.” The multi-talented producer continues to challenge himself and his artists to push their writing and performance capabilities to new heights. This relentless push against the limitations of the world around us is evident all throughout this album and is a clear demonstration of all that Redacted Music Group stands for.

“Our intention from the beginning was to send a warning shot to the entire industry and I believe we’ve hit the nail on the head” says Masilo The Healer of the project. “IORDN said he wanted to create something undeniably elegant and we’ve done that. We’re simply serving notice.” Belief seems to ooze off this trio, who are beginning to draw widespread attention in the industry.  “This project shows what we believe homegrown Hip-Hip should look like: A non-conforming and unapologetic fusion of sounds” affirms Monelle, hot off her critically acclaimed project In Loathing Memory and notable collaborations with Yolophonik. “With all due respect, this is an open letter to the gatekeepers of the South African music industry: Welcome to the new age, welcome to the new standard.”

Security Clearance promises to be an honest and insightful look into the lives and thoughts of three artists working for the recognition their quality of work deserves. A deeply personal look at their struggles, their victories and the thinking behind their tireless ambition.