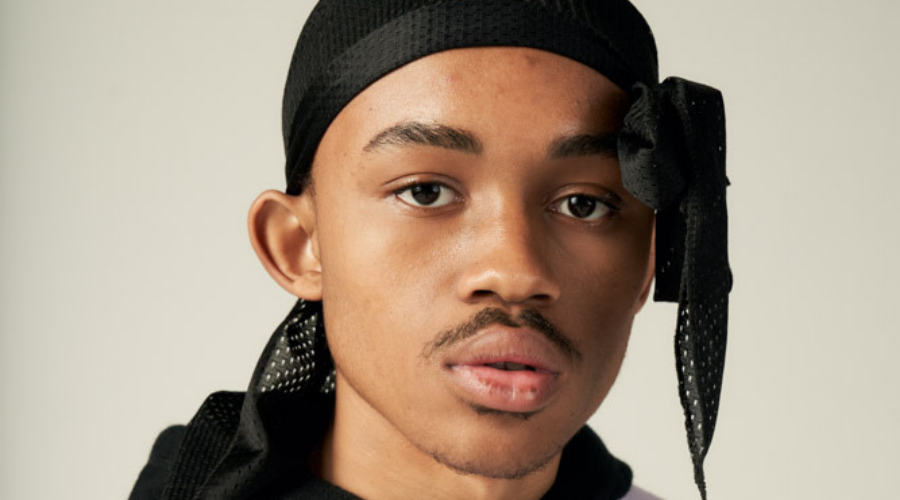 A maestro with his pen game, 21-year-old, The Big Hash came out as a promising prospect in the industry. He was the hottest kid on the block, the illest rapper of the new wave under Riky Rick’s wing but that did not come without its pressures. His career grew too fast for his grasp to a point where he found himself winging the game but also, ultimately losing who he was. However, this period of his life helped him define who he wanted to become in the industry and how he wanted to navigate the game as an artist many people, audiences, labels, and brands had their eyes on.

“I was winging life at the time. Everything just happened to be coming to my doorstep and I became complacent. I became entitled, so as much as I wanted to continue living that life, there was a part of me that I was losing. Life settled me down because a lot happened with labels and me going independent. There was a lot of pressure.

Being a part of the scene where there are a lot of booming artists and each had their waves, made me realize that I didn’t want to be a “wave” artist. I want to be an artist of a decade, which is hard when dealing with a fickle audience that moves onto the next hottest thing if you don’t give them what they want. Having that pressure taught me a lot about taking time for yourself to reassess who you are as a person and not the artist, and not to get lost in the sauce.”

ARIES: a Precursor to Heartbreak Hotel

The Big Hash has since released his much-anticipated mixtape titled "ARIES: a Precursor to Heartbreak Hotel". After his hiatus from music, the industry has been waiting enthusiastically to hear what he has to say on his project, particularly with regards to the fallout with his management team.

Three months ago, the 21-year-old released a statement citing exploitation by people he thought were family where his management team signed a 6-figure deal without his knowledge and broke little to no bread with him. It appears that every era or wave of major artists experience exploitation and there is nothing anybody can do to stop it. Think A-Reece, EmTee, Fifi Cooper the list goes on and on. Whilst some are able to bounce back, others we lose forever.

Betrayal is said to teach us lessons so that we can instill boundaries, however, The Big Hash learnt about the Double Bs of the industry the hard way- that betrayal exists even with boundaries. The Big Hash had his fair share of trauma and where his previous label took advantage of his passion.

“Anyone can betray you whether they love or hate you. I wrote that intro when I couldn’t do much about my life. Life was set up in the worst way possible to the point where when I heard the truths about things that were hidden, I felt like I needed to tell my truth in the Intro. I touch on it more in "Still Breathing" to convey my story without revealing too much.”

Whilst in high school, it became very apparent to The Big Hash that school was not something he particularly enjoyed doing despite his eagerness to learn. With absolutely no resources to pursue a music career, Hash took the risk hoping to make a success out of his remarkable pen game. To his delight, the head producer at the label liked Devo, a project The Big Hash had made during his career in school, and wanted to work with him. Over time, the working relationship developed into a brotherhood where each of them were adding value and were fully invested in each other’s careers and success. The relationship was formalised through a one-year deal at Innanetwav. 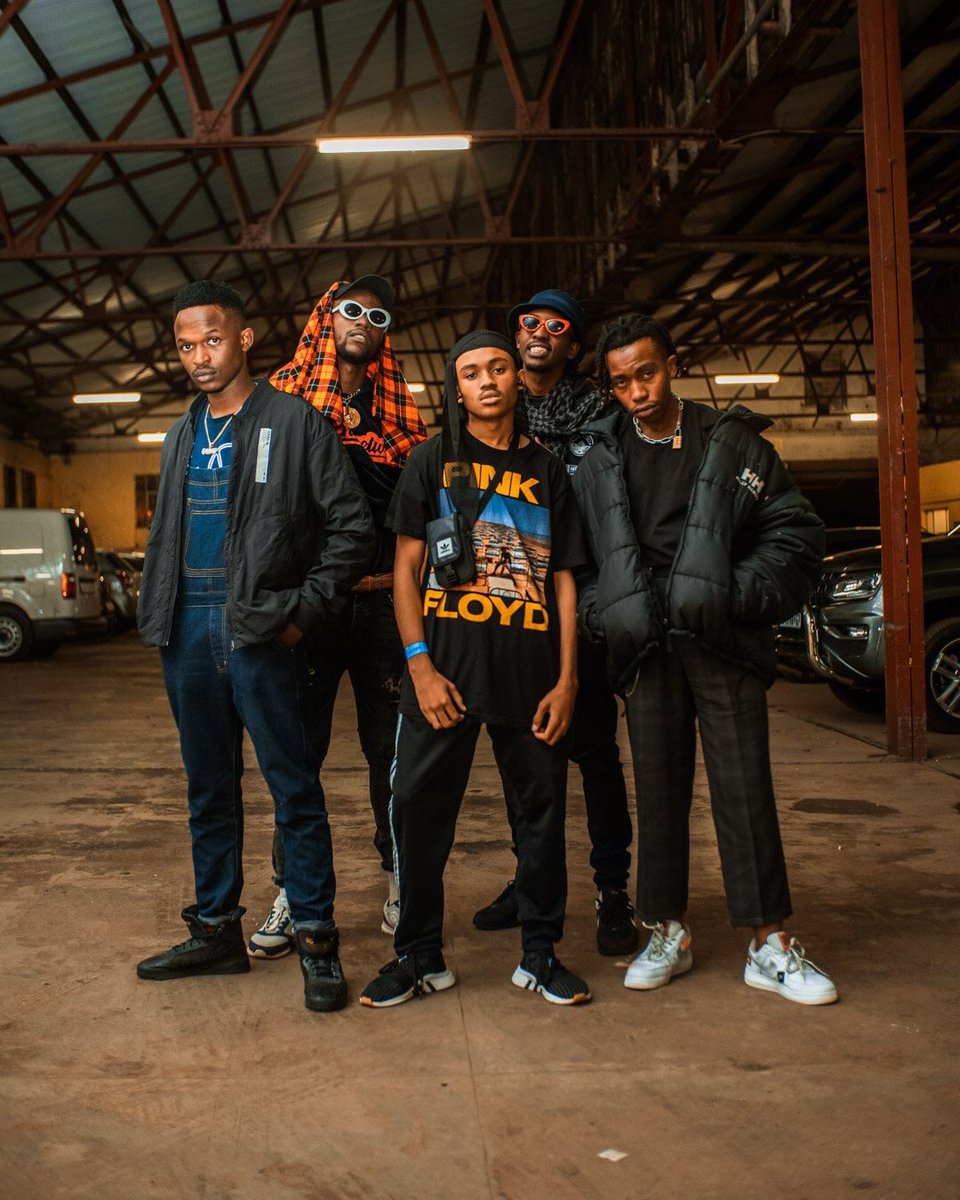 “We made 8578 and it was a SoundCloud era project that helped define who The Big Hash is. We then made The Big Hash Theory, my first project outside of high school. We then formed a brotherhood and later made things official, they signed me for a year, and that’s when things skyrocketed in my career.

The relationship fell through when contracts were signed and I was not notified until I had to shoot. Communication started fading away slowly and I would end up being late for interviews, meetings and opportunities, I could never get a hold of my manager.

I tried to get my own management because I felt like I wasn’t being prioritized, they denied the request. I stayed at the label because of the personal relationships I had but I was conflicted because I let our brotherhood win over the betterment of my career. My releases were not being handled right, no music videos, no PR and wrong versions of music videos were submitted. I even offered to buy myself out and then they started delaying the process.”

“Losing niggers that you love because they love money more is painful. Started smoking trees is only way to tolerate that shit”

Having started his career at age 16/17 years old meant that The Big Hash needed to have the label sign contracts on his behalf until he was over 18 where he could legally enter and sign binding contracts. At the point that his Adidas deal was up for renewal, The Big Hash alleges that his management team signed the contract on his behalf without notifying him because he wanted to leave the label. Instead, he was told that Adidas was taking a long time to renew the contract due to Covid and brand budget constraints. The big reveal happened at the last shoot with Adidas where a gentleman from the brand shared the signed renewed contract with The Big Hash revealing that a 6-figure deal was signed by people he thought he could trust with his life.

“At some point, I had a shoot at Adidas and my manager left to go buy some stuff. A gentleman from the Adidas shoot pulled me to the side to thank me for working with them for a year – and I didn’t know what he was talking about. He then told me that he’d send me the contract the label signed- I couldn’t believe that a 6-figure deal was signed on my behalf, the team was constantly dripping, new cars and apartments, and I wasn’t told. They were getting paid every month. That’s why I have been MIA. 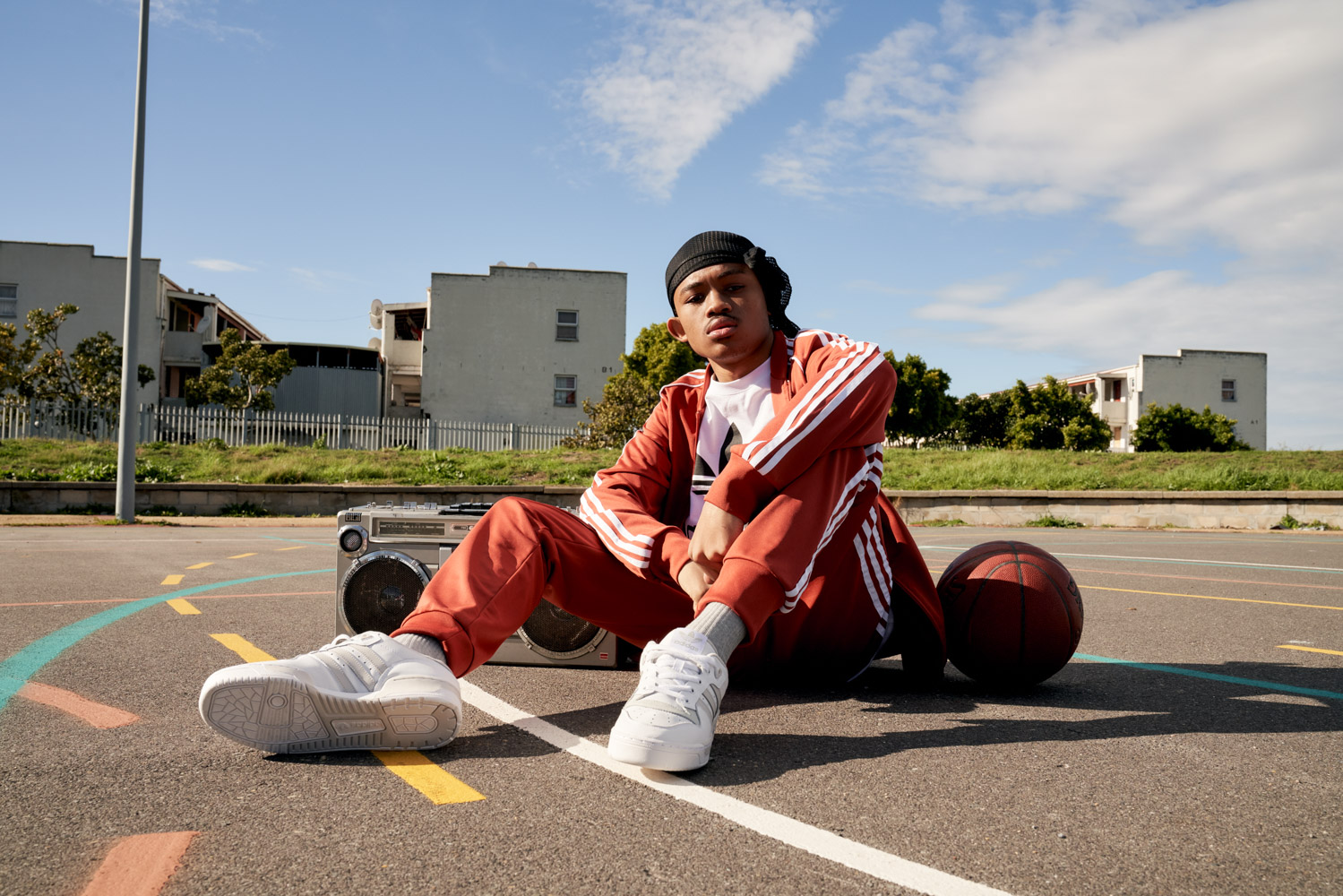 My previous label was taking advantage of my passion. They knew I’d always put my audience and the music first even if I was down to my last dime. This experience woke me up to the reality of the business side of the music. I had to learn to move a certain way if you’re going to protect yourself, your energy and your intellectual property where the passion lies.”

I’m selfish with scores to settle, I won’t forgive a soul - Karma Interlude

“So many people tried to take this dream from me, slept on me, disrespect me and ruined everything that had to do with my dream. So, I’m saying my middle name is Karma and I’m coming straight for your head.”

The Big Hash had since been MIA from the industry following the hard knock he had taken from the label. In attempts to recover mentally and spiritually, The Big Hash released Peace of Mind as his first independent release but his previous label was hell bent on blocking him from rising again. They had the record removed from all streaming platforms. At just 21 years of age and barely 5 years in the game, headed for success, The Big Hash had to wake up to the harsh reality of the business of the music industry, teaching him some lifelong lessons.

“Peace of Mind” was my first independent release. It was supposed to set a statement- the problem came when my stuff was taken down because in their minds, I was still in that contract and yet they had breached the contract. My new management feared they could still take things down because we couldn’t prove that we had intellectual rights to the music. That’s what slowed me being an artist, me releasing.

A lesson I learnt being independent is that you need to be resourceful especially when you are not someone who gets along with people. I also had to learn to be in the public eye without being involved in the drama. For a person in a label, any PR is good PR. For independent artists, it’s something else. People need to always see you with a good eye.  Learning how to be finally savvy, being resourceful and wise about the money you do have, is very key.”

As a believer in star signs, The Big Hash had planned to release the project during the Aries season. However, not being able to release the project allowed for him to better the project and work on securing collaborations for the mixtape. The star-studded mixtape features some of SA’s biggest artists including Blxckie, Flvme, YoungstaCPT, Ayanda Jiya, Rowlene and DaVionne from the US.

“I named it Aries because that’s the season it was supposed to drop but also, I’m a firm believer in star signs. There’s so much about my star sign that’s taught me a lot about where I’ve always gone wrong, my character and me being confident and brave about what I want to do with my life.

Not being able to drop when I was supposed to, gave me time to cook the project more. It made me realize that I was being side tracked. That time also allowed me to build a clearer version of myself. I could’ve changed the title of the project but I think “Aries” defined the true sense of who I am and the project- when I love, I love hard. When I am mad, I get really mad and when I am passionate about something, I get really passionate. Those 3 emotions really define the project whether it’s rap or RnB.”