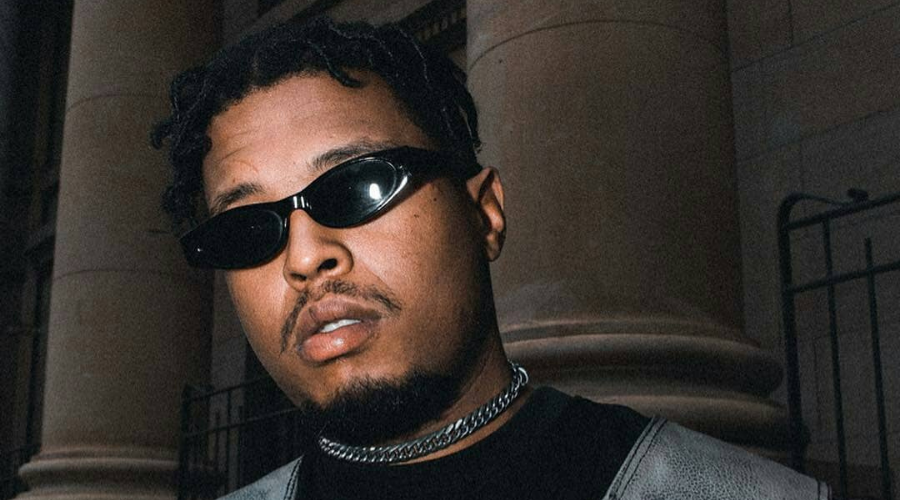 @ANATII 10 Most Streamed Songs On @SpotifySA

Anatii is seemingly still on his hiatus but we are hoping he is making a comeback to the music scene because of his recent social media activity. That got me thinking about some of Anatii's biggest songs and the impact those songs have had on the culture at large. These are the top 10 most streamed songs by Anatii on Spotify and I went ahead and included the lyrics to some of my favourite parts of each song.

“Bryanston Drive” is the opening track of AKA and Anatii’s collaborative album. It mainly features AKA who is in a retrospective mood and who is celebrating all his achievements and who is determined to keep going on for more success until he reaches the “GOAT level”. He talks of the days when he was coming up in the music business and struggling to get by with his single mother. He also references his ex girlfriend DJ Zinhle the mother of his child and also addresses the song “Composure” where he took shots at a lot of people including Anatii.

Lyrics
[Verse 1: AKA]
I used to want the title as a freshman
Now all of my biggest idols are my best friends
Every instrumental got a death wish
Took my niggas out the ghetto like the Fresh Prince
Being doing the best since a fresh prince
Now I'm making solid investments
Beam Group don't fall, I hope fees do
I'm rocking Jordans
And pulling up in a foreign when I pick my daughter up from pre-school
Y'all beginners already got me feeling I'm a father figure
I got some relatives who treat me like a lotto ticket
A lot of niggas can't handle the way I handle business
They getting touched like pianos by my standards of living
Season after season I done won awards
Lately I've been feeling an underdog

In the highly anticipated first collaboration between two artists both on high points in their careers, Anatii and AKA take us through a week in the life of a rap star. Popular themes come up: girls, cars, jewellery, bottles of alcohol and of course – money. Featuring production by Anatii, it also signifies his first single after a lot of features (as vocalist and producer) on a string of South African hip-hop hits as he makes his way into the genre’s history books.

[Intro: Anatii]
These niggas ain’t down to earth they better come back down
Heard they be taking shots need more rounds
Down with the Rands and Nairas tryna lose pounds
Yeah I’ll be in the gym, working out
[Chorus: Anatii]
Gettin’ turned up on a Sunday
'Cause I’m gettin’ more money on Monday, haa
I take these girls out on Tuesday
And I buy 'em champagne like it’s Kool-Aid, huh
Barbiliscious on Wednesday
Paper cuts so I think I need a band-aid
I’m with my niggas Thursday I’m in the bando
Friday, car wash I’m in the Benzo
[Verse 1: Anatii]
Lost a lot of weight just to fit in Balmain
Now I got a new car, new chain
Bought a new grill with the diamonds and they bling
Shout out to Saint Laurent, he’s a saint
Jay 'bout to leave the Porsche he 'bout to bring the plane
Yeah I’ma bring the bars, bring the pain
Lom’ntwan untlwaela blind she lift her bra and her thang
Now I’m 'bout to see my girl and her friends
Sexy Chubby, Supa Mega so you best get out the way
Boys in trucks, huh - G63
I took this girl out on a school day
And I drop her ass off at UJ

Ndaweni is Anatii's mesh of elements of Kwaito and traditional instruments like chords and shakers paired wrapped with his African vocal delivery.

If I had to choose one song by Anatii to play for someone who hasn't heard his music before, I would choose this. It incorporates everything that Anatii who is an artist. I mean if you don't like this song for whatever reason then you won't like anything Anatii has made.

This is the second single from AKA and Anatii’s upcoming collaborative album Be Careful What You Wish For. The song keeps up with the religious theme of “10 Fingers”, the first single to be released by the two artists. On the track, AKA and Anatii declares themselves superheroes, here to save the music industry from mediocrity and reminds us to pray.

[Verse 1]
Swag drip on you trap kids
Who do wack shit for a summer smash
Classics for you bastards
I got mad hits in the Tupperware
Gold rings like I'm Shabba Ranks
Ideas for your fucking brands
White tears in the duffel bag
I'ma die here in the motherland
Don't forget to check the blind spot
Mirror, mirror I'ma icon
Smoking til I'm on the high horse
Don't forget to get the eye drops
Please be careful what you wish for
Rock and Roll, Sex Pistols
Don't you niggas see the zip code?
Bryanston, oh no
What you know about L.E.S Mampe senior?
What you know about Gijima?
What you know about Sim Dope?
Anatii got the info
Blaq Smith got the indoor
Now you liking my photo
Catch me jumping out the Benzo
All white, OMO
Clean merch got the t-shirts
It say "Dreamwork" check the logo
Teamwork makes the dream work
That's K-Ci, Jojo
Bumped into my teacher he was riding around in a Polo
Fast forward to 2017, now I'm riding around in a four door

This time Anatii linked up with Cassper Nyovest and Nasty C to release this banger. his is just one of many times Anatii fused African instruments with Hip Hop but admittedly 'Jump' leans more into Hip Hop. The fact that we can still enjoy a song like this today is a testament to Anatii's work.

This beat is a hundred and fifty, niggas better sell a kidney
Never show them where the crib be, shit is looking like it’s Disney
Baby girl get your tickets, your friend saying its been a minute
You know that the clock is ticking, you know I turn up for a living
I, you know that I do, I really I do
We popped a few things in the back now we all in the mood (all in the mood)
I just fucked up my shoes, get on the booze
These niggas is liars we fucked his ass, this shit reviewed
Tell em the truth
My grill is ice cold (shit's so cold)
I hit it with the lights on
And she only dance to my song, and she sucking like it’s lipo
Jump a jump a nigga bungee, me my niggas run the country
Sexy chubby where the fun be?
Sexy chubby where the fun be?
All you niggas is some junkies, and Penny Sparrow is a monkey
All these girls they want the shandis, It’s jungle fever like Jumanji

Who can forget when AKA and Anatii linked to create 10 Fingers off of their joint tape 'Be Careful What You Wish For'. The song is a unique blend of Anatii and AKA's signature sound filled with references and other elements from home.

[Verse 1: AKA]
Mirror, mirror who the baddest?
If you take a hit don't lose your balance
Show me two young things who got some talent
You gon' think my stylist speak Italian
[Bridge: Anatii and AKA]
Akabambeki kana hhayi lowo
Ubambelela on the Styrofoam
Anything can happen after my show
It's just me and ta ka Kairo
Live fast never die slow
I've got a special button for the Nitro
I'm getting money like I'm white folk (haaibo)
10 fingers on the bible

The song dives into Anatii's cultural influences as he sings about love and his 'African' vocal delivery is the chef's kiss on this song.

[Verse 1]
Look alive, look alive
Got no time just the feeling
Don't close those eyes let me see them
No need to hide truth believe in vibe
It's a vibe
I'll be yours [?] catch the rhythm
Bring me close who's the leader
No one's lost just deceived