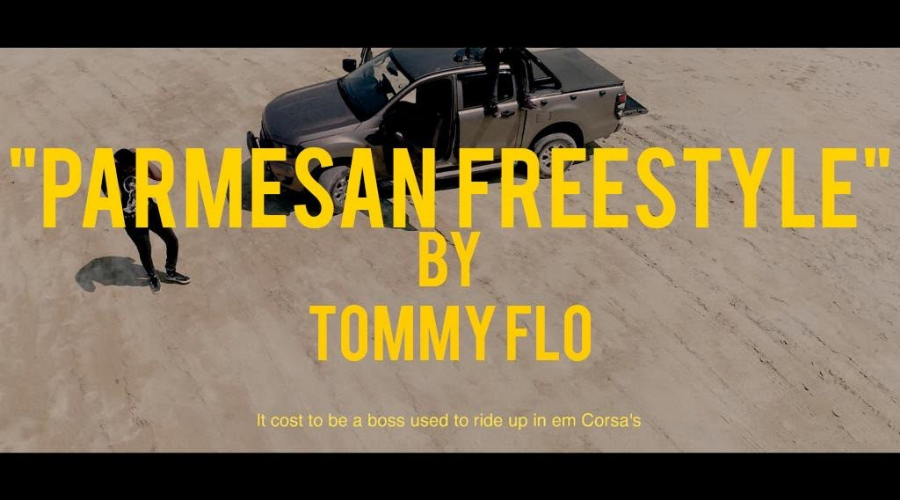 The culinary symphonist, Tommy FLO, returns after a year long hiatus out of the proverbial kitchen and dishes up a delectable offering titled Parmesan Freestyle off his forthcoming album.

Following his Spaghetti and Fettuccine EPs in 2020, Tommy FLO’s debut album Parmesan LP is set to be the first full length release under the DeLorean Music Company outfit, founded by the Limpopo born rapper. On Parmesan Freestyle, Tommy FLO is in undeniable form, showing off his lyrical prowess, alternating between English and Tsonga with witty lines sandwiched in between what is becoming his trademark, signature flow.

The lead single is accompanied by stunning visuals of drone shots over a calm desert plane, with a massive Ford truck driving around. Gritty and moody yet very cinematic, the music video is a fun spectacle to marvel over.

Tommy FLO represents a niche of new wave South African artists. He’s developed a unique style, blending contemporary and modern hip hop sounds and local influences, and is someone to look out for during the rest of the year and the start of the season in 2022. Look out for this young, hungry muso.