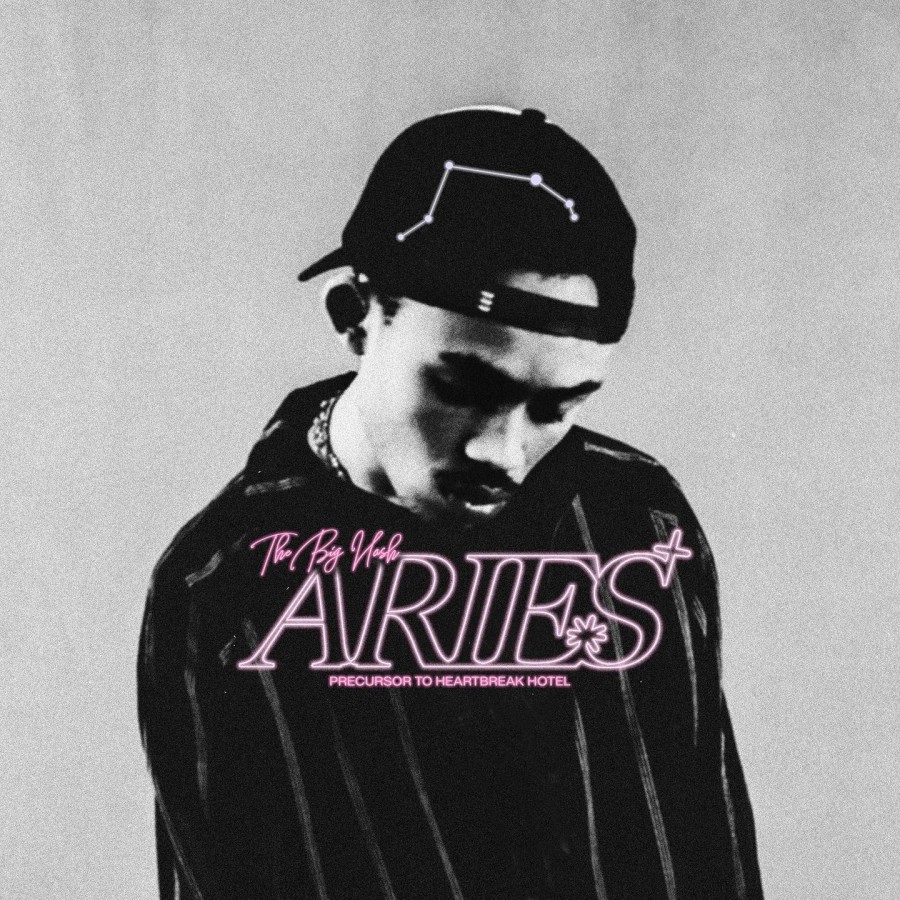 The Greek god Aries is often referred to as the spirit of battle. Having fought his way out of a soured record label deal, finding himself amidst public scrutiny, and wading through his romantic sentiments, The Big Hash presents his latest mixtape, "Aries: A Precursor to Heartbreak Hotel"

Back in January, The Big Hash released “Peace Of Mind” as his first single of the year. Unfortunately, the song was removed from  streaming platforms amid his legal battle. However, he persisted in mission to release Aries by publishing “Heavy Is The Crown”,  featuring Blxckie and YoungstaCPT, via Soundcloud. As of October 2021, it was announced that he was officially free to release music and so began the road to today. The release of the “Heavy Is The Crown” music video yielded tens of thousands of views in its first week. He soon followed up with the release of “Sometimes”, co-written by Ben September in the same month.

Today, Aries is available on streaming platforms sporting 11 tracks and clocking in at 34 minutes. Artists featured on the mixtape include Blxckie, YoungstaCPT, Ayanda Jiya, Rowlene, and DaVionne. Furthermore, this project sees Hash step further into the role of executive producer in comparison to his past projects. Additionally, production of Aries was assisted by the stylings of Flex The Ninja and Amobeatz.

Ahead of the release of Aries, The Big Hash shared, “I’ve cried, I’ve bled and I’ve worked tirelessly to get to this point and there’s no feeling like finally being on the other side of it.” Trusting his spirit and sticking to his convictions, met with his musical capabilities, has ultimately yielded Aries: A Precursor to Heartbreak Hotel, a mixtape marking The Big Hash’s place in South Africa’s musical soundscape and landscape.