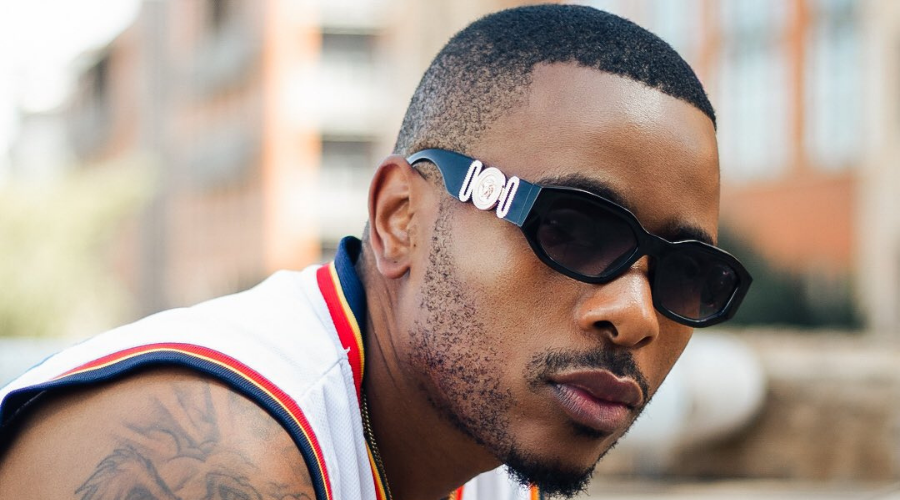 L-Tido has been an independent artist for well over a decade and when you are an artist as big as him you have some leverage when it comes to negotiating your contract. We’ve all heard stories about artists getting their albums pushed back for one reason or another and even an OG like L-Tido isn’t immune to this. There is a lot that goes into the release of an album behind the scenes and like a lot of other things in life, it hinges on the relationships you have formed with the people that work at the record label.

Slikour: I know you’ve had some label issues in the last year. What was going on?

L-Tido: I signed a deal with the label and we discussed the terms of the deal. A lot of artists get album deals but I wanted to have something different and I negotiated that. During my time with the label, the people I had formed a relationship with left the company and I had some frustrations with the new people regarding releasing music during covid but we resolved those issues and I’m good now. I’m back to being Independent again. 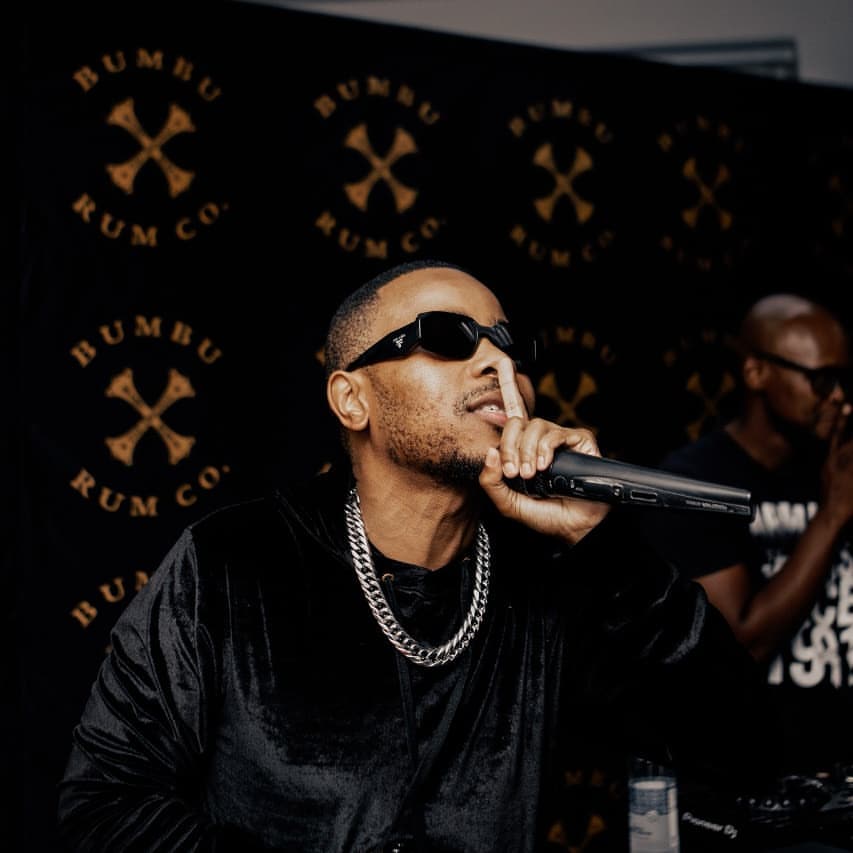 L-Tido has been an ever-constant presence in the game and his absence in the game can be seen as somewhat of a hiatus. Being a student of the game, L-Tido managed to keep his finger on the pulse during his time away. They say that rappers never truly retire and they continue making music, so it came as no surprise that L-Tido is sitting on a fault of songs that he created during his hiatus from music.

Slikour: The industry has changed in the time you have been quiet. Have you been keeping up with the changes in the industry and has that affected the type of music you make?

L-Tido: Just because I’ve been quiet, doesn’t mean I’m not tapped in. I have more than a hundred songs in the vault and I’ve collaborated with a lot of new artists on most of those songs during my time away. I’m a student of the game and I’ve been observing all of the new developments in the culture. I'm always tapped in and that’s something I do because I am a fan of the culture.

They say rap is a young man's sport, with the genre being at the forefront of youth culture across the world. Things like covid have shifted the world into a more digital landscape and it ushered in a new crop of talented artists that live in the digital landscape. With that in mind, where does that leave the OG’s of the culture? Do OG’s still have a message that is relatable to people living in the world today?

Slikour: Covid has really changed the world and a new generation of artists flourished with people being online more than ever. Why is it important for OG’s like yourself to make music and how do you fit into the conversations around Hip Hop today?

L-Tido: My peers often ask me how am I still making music after all this time? How am I still finding new things to talk about? It’s because music is my life, it’s like breathing to me. Admittedly, I’ve had to change my approach to my writing. I talk about issues that affect the country right now and that makes it easier for the verses to come to me. I feel like that’s the problem with rappers right now. Rappers aren’t making music that is relevant to things that are happening in South Africa. They aren’t using references that people from home are familiar with. 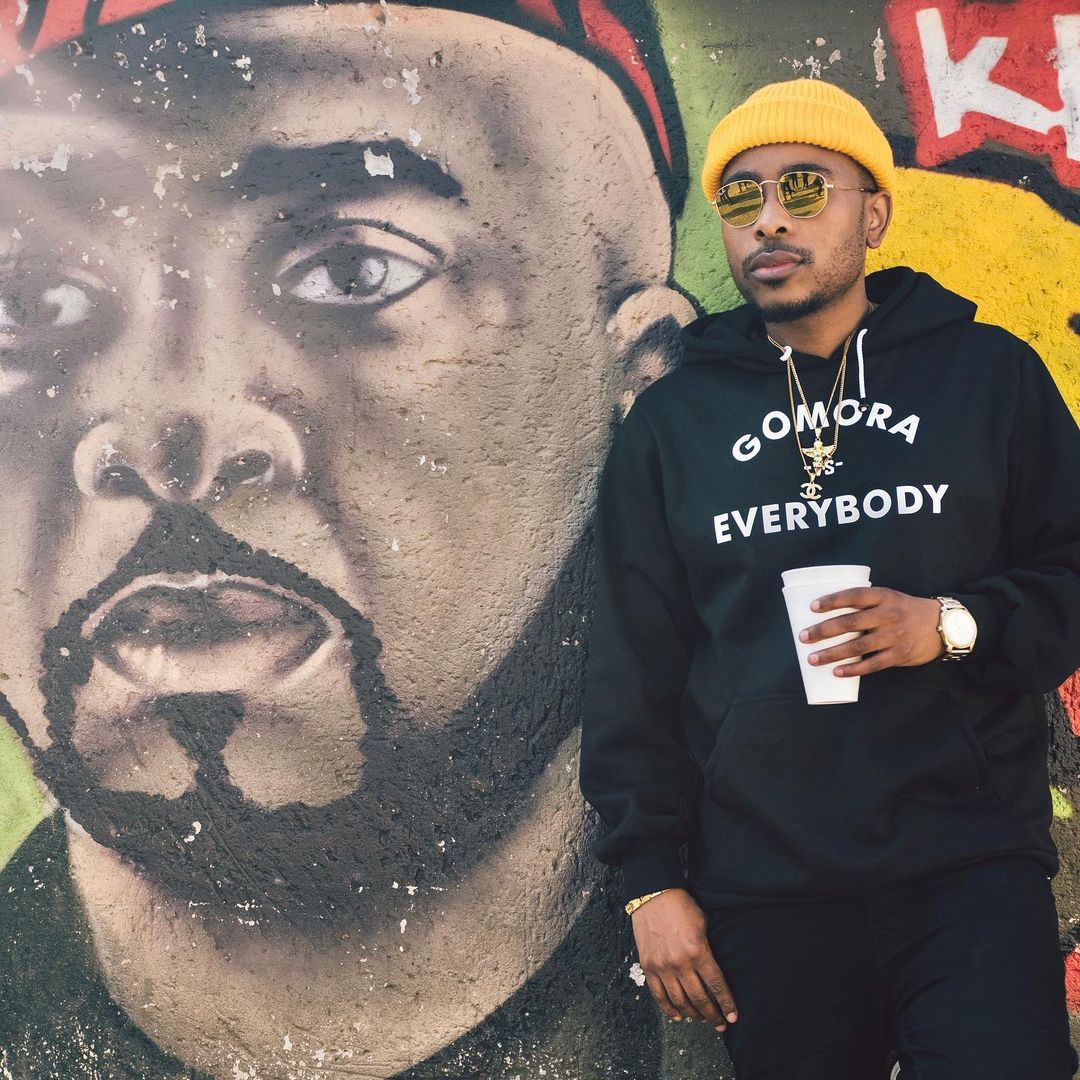 Slikour: Your wordplay was at its most aggressive on Ghetto and I think that’s where you delivered your best verse.

L-Tido: Some people would disagree and say that my best bars were better on ‘Never Be Me’ but I’m okay with you feeling that way because that’s how you relate to it as an older guy *chuckles* and that’s not a bad thing. You’ve experienced a lot more things and you have a broader perspective on life and that’s why you might feel the way you do about that verse. I like that the fact that people digest the EP in different ways and different people resonate with different songs on the EP. I would have felt like I didn’t release a quality piece of work if everyone loved the same song.

As much as Hip Hop is about being real and telling your truth, we do leave a bit of room for creative license however, people take it too far by completely fabricating their rhymes with things they don’t have and lifestyles they don’t live.

Slikour: Bragaddoccio is something that’s a part of the game but where do we draw the line between the rap persona and the real you?

L-Tido: Everything in the music is me. I don’t rap about things I don’t have or things I don’t do. My attitude is like the guys from Harlem, I speak my sh*t and I let my attitude and personality shine through the music. In the same breath, I’ve matured and I brag different. The old L-Tido would have talked about having a ‘hotter’ girl or fresher gear but that’s not me anymore. On the song 'Never Be Me' I say “I’m the type of dude that set trends on a daily/you’re the type of dude that puts their hands on a lady”. I want to be able to make positive messages cool and put them in a way that people will resonate with. I’m a lot more introspective and I touch on different topics so that the message isn't so repetitive. It’s important for me to share the stories of people that live in the ghetto even though I don’t live in the ghetto anymore. A song like ‘Mashaya’ came naturally to me because I’m talking about real things. 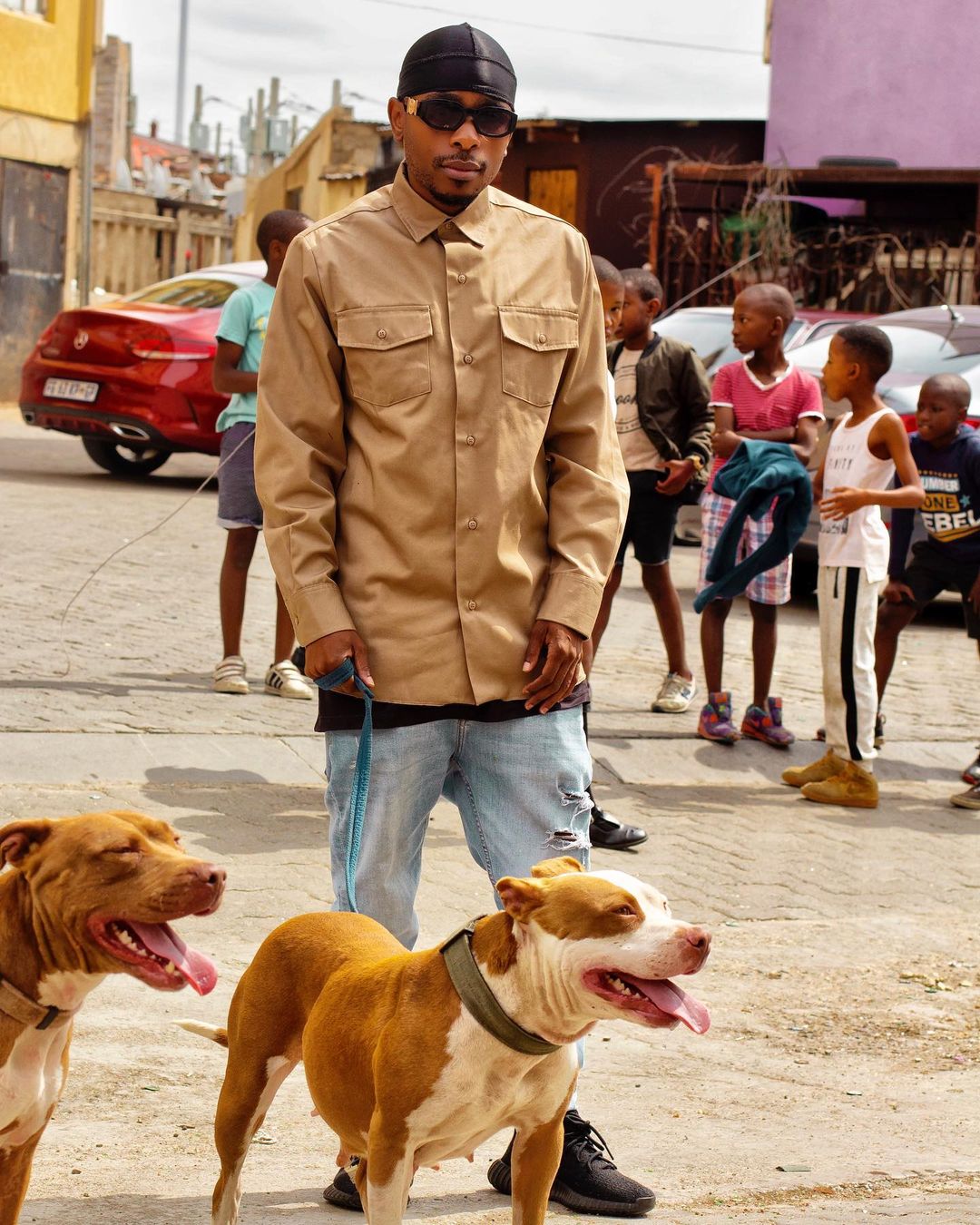 Beef is inevitable in the contact sport that is Hip Hop. Ego’s collide regularly behind the scenes and sometimes it spills over in the public domain. But as the saying goes, time heals all wounds and adversaries often end up becoming friends. Younger audiences might not know this because they are frequent collaborators now, but AKA and L-Tido used to have beef early on in their careers.

Slikour: You and AKA were beefing before you guys were popping but you guys are good friends now.

L-Tido: I have to tell this story! At the time I was working with Bongani Fassie, DA LES, Maggz, Glitz Gang and we made this song called ‘Amaretto’. Rest In Peace to Chilli M but he did us dirty. Chilli M used to be in the studio all time and he asked Bongz if he could hold onto the song. Chilli M went took the song to Durban and ‘Amarido’ became the biggest song in the country! He took that from us before we could release our song, ‘Amaretto’. AKA went onto FaceBook saying he wasn’t feeling our version of the song because it sounded American but the song was jacked from us. Some time passed and we started having battles on YFM and that’s when we started to develop mutual respect. He respected what I was doing musically and I respected what he was doing. We started having conversations and we found that we actually share a lot of similarities. We tried to do a song immediately after the beef but the chemistry wasn’t right because we hadn’t developed a friendship yet, so we took a couple of years to build our friendship and now making music is easy because of the friendship. 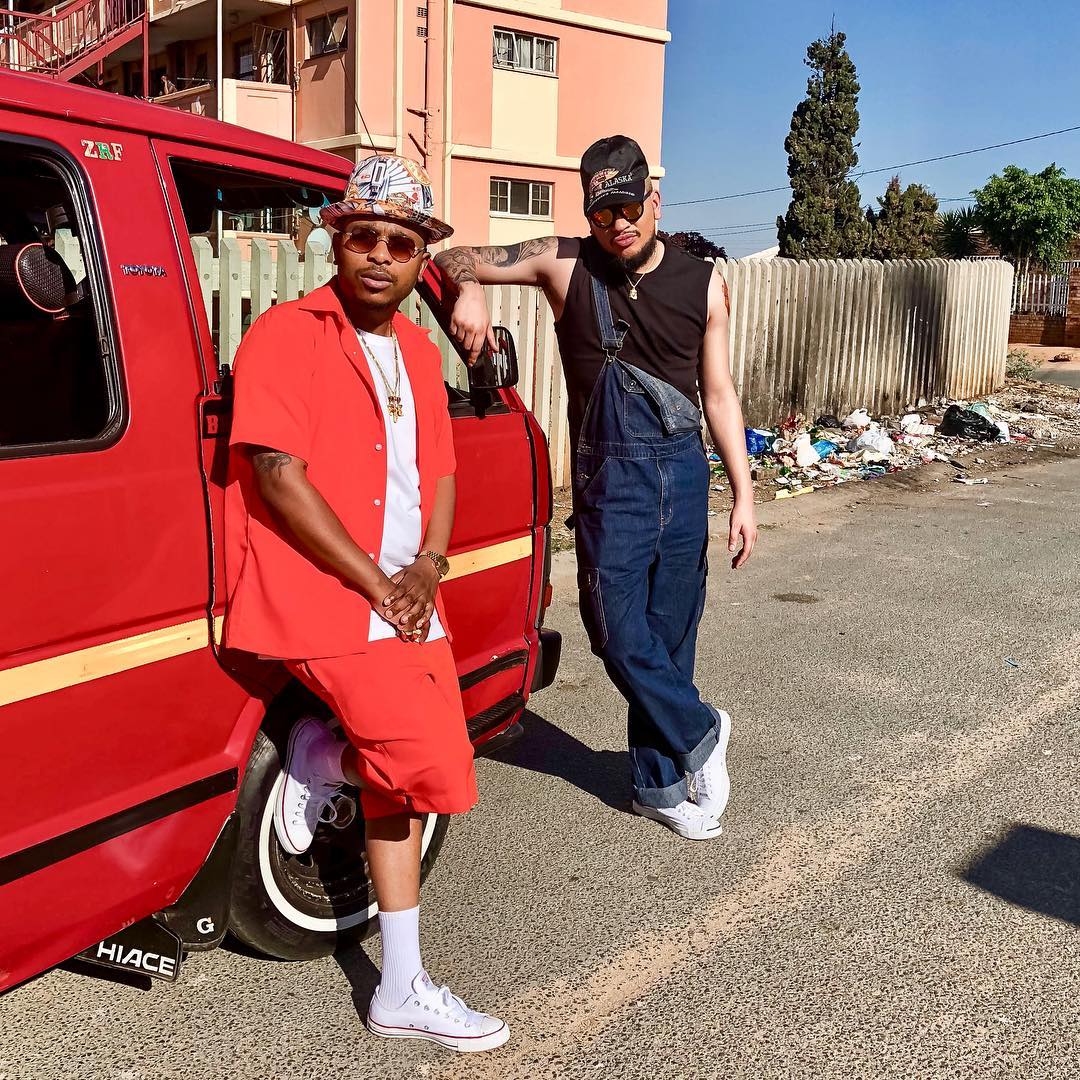 Slikour: Do you have a timeline for when your next release?

L-Tido: The album is done and I’m going to be releasing it in the first quarter of next year in the meantime go stream Pressure, it’s a dope Hip Hop album with something for everyone.