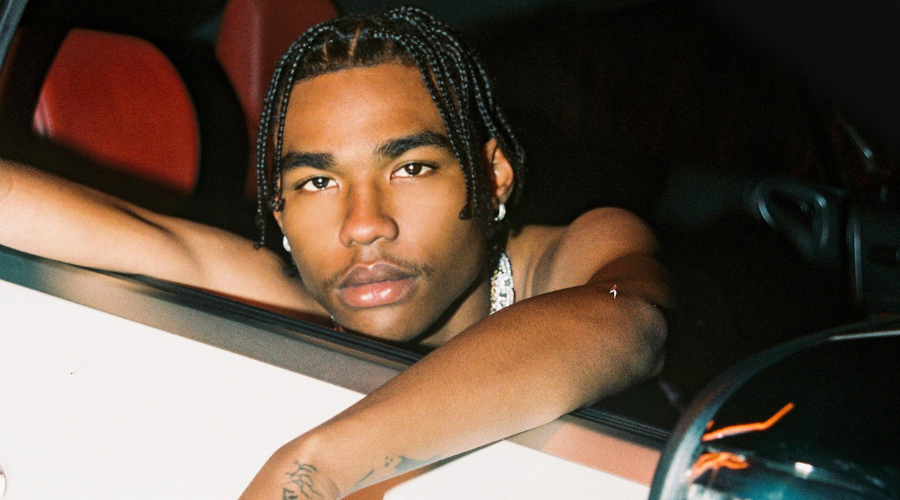 Luke Duncan Malong, popularly known as Lucasraps in the entertainment industry, has just released his album, 013 to the World. The 10-track great cohesive album sees Lucasraps show off his lyrical expertise and musicality on a solo voyage with no features. In the album, audiences are taken on a journey of Lucasraps in different mindsets and at different stages of his life meaning that some songs were recorded a while back as opposed to being recorded with the core goal of creating an album.

“The project has songs made in different times. That told me that if I dropped a project when I made each song, I wouldn’t have the product that I have now. I wouldn’t have the gems, the mindset and the understanding I have right now. That project is my baby. I’m happy it’s finally out, I can perform a new performance set and a whole new blueprint. I have so many songs that didn’t make it to the 031 to the world project. I had to make sure that you can listen to it from track 1 to the end without skipping because it’s not just a playlist. It’s something that tells its own story but you have to listen to it to understand the whole story.

I feel like people are getting rocked by Lucas and Project Mode Freestyle. I see these are getting people talking. They’re moving slow but they’re punishers, they’re also still fresh off the release but when they hit, they’re going to hit. Mud and Slide is also doing well. The only reason I don’t even consider them like that is because I’ve heard them so many times and I’ve had them for such a long time and I also knew, deep down, that these ones are going. We could see if from far.”

The school of Lucasraps

Those who have heard the album argued that they wish Lucasraps gave audiences a little bit more of himself to which he has replied that it was all intentional. His aim with this album is to take audiences on a journey where they learn about him, how he communicates and interprets things. Clearly an artist who thinks things through, 031 to the world is essentially kindergarten for his audiences. Through 013 to the world, they will learn the basics of how to consume and understand Lucas’ music.

“This makes me feel good, it makes me feel like audiences want more. I also get to know what audiences enjoy and what they want or like the most. It allows me to sit back and look at the feedback, see what was missing, see what I could learn from, see what I could build off from. It gives me time to learn. With When it goes to mud and Without me, slide, everything there is intentional. No one has done it but me so that I can give you a taste of the ultra-sonic sound, the commercial sound, the trap sound, the club sound and the emotional sound.”

031 to the world also gives audiences segments and selections of different sounds so that they can choose what they enjoy. Lucas says this is part of a grand plan to learn about his audiences as much as they are learning about him. This allows for a mutual reciprocation where everyone gets fulfilled.

“It’s still me testing the water, and the album doesn’t bombard audiences with everything. I’m spacing it out and allowing myself to do what I wanted to do with the music. 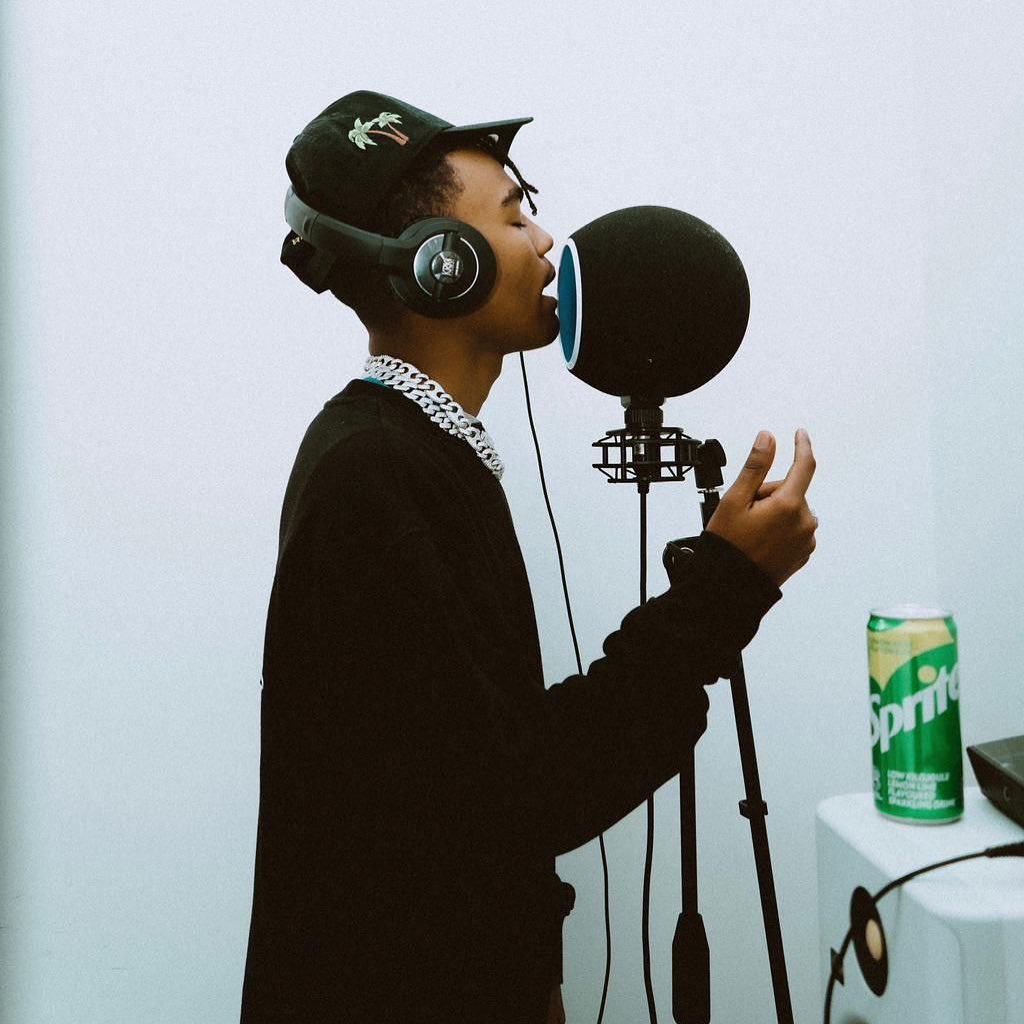 Every artist usually envisions how they want audiences to receive their music – they think through what they want people to take out of a project, making the project a lot more cohesive. With 013 to the world, it is hard to not feel good and confident after listening to the album. The album exudes the confidence Lucas has and is contagious to say the least. If after listening to the album, you still don’t know what to take from it, go and listen again- the message is clear, strong willed and as bold as Lucas’ raps.

“I can only respond to what I want people to take away from this album because I listen to it with a different ear. You have to feel yourself and who you are. It took me time for me to understand who I am and my worth. As much as I knew, but listening to my first debut project and understanding the whole story, I finally understand who I am.

When you listen to 031 to the world, it takes me to a different universe, to when I was listening to hip-hop as a kid, and it makes me feel like everything is safe here.  It teaches you how to have a backbone because I’m on that project by myself. It’s just me spewing about everything I went through and how I came out of it.”

If you are looking for an artist who is self-assured, self-driven and ultra-confident in himself and his talent, Lucasraps is your guy. The 21-year-old has unwavering confidence and this has evidently contributed to his rise in the game. He is an artist who does not need to rely on external validation and if you are not drawn to his music, his self-belief is enough to make you want to associate with him so that his self confidence can rub off on you. In an industry where artists rely on fans and audiences for validation for their talent and musicality, Lucasraps has managed to win fans over not only with his talent but also with his aura- he conveys superstardom through and through, and everybody wants to work with and be around a true superstar.

Anybody who knows Lucasraps knows that he does not compromise on what he wants and would give up a quick rise to fame if he stands to be compromised in any way. In his interview with Slikour, he mentioned that he has had several opportunities to work with big stars and OGs on big songs but simply walked away because people wanted to change who he is to make him fit what they want. However, sticking to his guns has not only earned him his street cred as an artist but it has also yielded him some worthwhile and life changing opportunities such as being signed to DefJam. Growing up in a headstrong household helped shape the young man we see today- an artist with a good head above his shoulders

“A lot of times people try to tame me and tell me I talk or rap too fast. I won’t mention names but I even got tired of it. Why do you think it took for me so long to come up? I’ve been around a lot of successful people telling me how to do it but chose my own way.

I’m the last born of two children including my older sister and it’s just the four of us with my mom and dad. I was blessed enough to see real love that went through the thick of it. I got to see these people make it work for themselves and us. Even when they couldn’t be with each other, they kept it together. I come from a strong household and this is why I don’t deviate from what I know and who I am and what I want.”

Maintain a balance between your image and your craft

With a clear idea of who Lucasraps wants to be and what he wants to represent, he has been able to play the game in a strategic manner. He has cleaned up his brand to attract other opportunities and brand collaborations, allowing him to add to his list of income streams but also grow his personal brand and equity. At the point that he releases music, he would have formed a brand that stands for something such that even if one does not really listen to his music, his brand is something that can resonate with you- a brand that is about self confidence and doing you the way you see fit.

This is all without shifting from his core craft- rap, an avenue he uses to express who he is.

“I’m so grateful for guiding me in terms of using my brand to make an income. I started working with brands, understanding my image and cleaning up my image but at the same time, I’m at the studio the whole time, still ‘gyming’ but not being as loud about releasing. I did a lot of freestyles to keep the support there for the listeners.

Maintaining this balance sharped my conversations in songs- they became different and that’s how I started having different content. It made me feel like if I keep evolving, I’ll have better content. 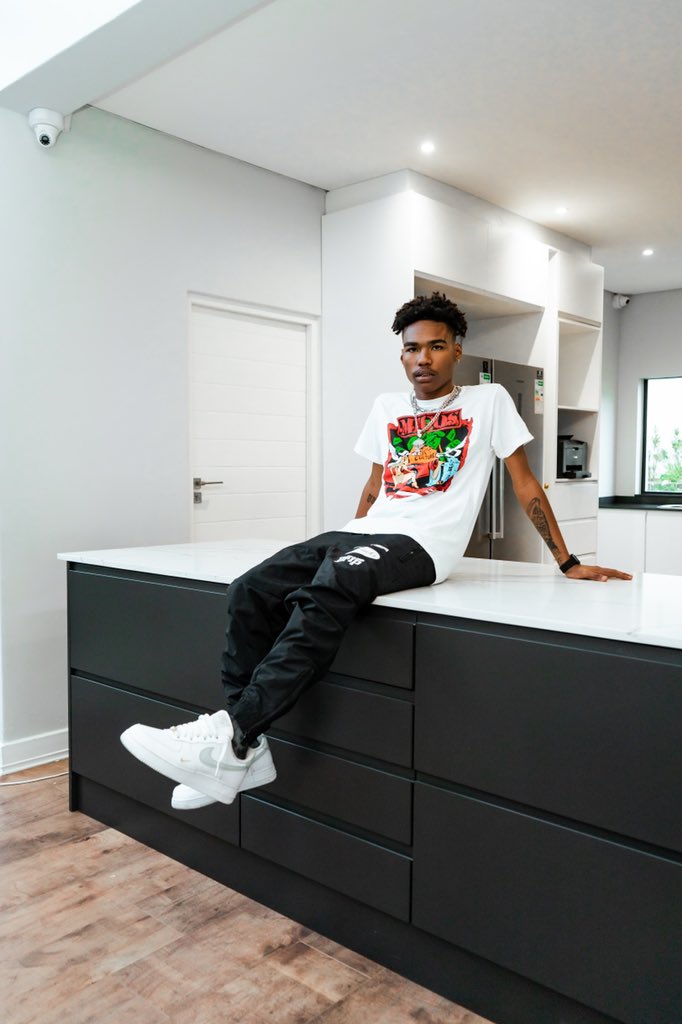 You can see people rhyme and that may make you feel like you need to get into that pocket but me staying in my own lane, creating my own lane from staying there for so long makes me want to be that rapper and never change - not the hottest, the most fashionable etc, those things come. It’s the benefit but the main topic is the raps- Never forget that- that’s why I’m still rapping. I freestyle every single day. I make songs every single day. I love it.”

As the saying goes, ‘you are the average of the 5 people you hang around,’ Lucasraps is very clear about the company he keeps because he understands how that can influence and affect who he becomes, his drive, focus and craft. Although he is known to not take advice from people, he is able to listen and make use of what makes sense to him. He understands the value of people around him and how that in its own way inspires some of the moves he makes.

Apart from OGs, his friends and management team, Lucas also leans to music for advice on how to navigate life, the industry, relationships, self and his craft. This allows him to have conversations with people who may be far from him, but through their music, he is able to connect with the message and learn from other artists and people. Lira is someone Lucas listens to and learns from. Her song, Soul in mind is a song he loves and can connect with because it helps him recover when going through a tough time.

“My industry friends are OGs. Their word of advice is heavy but at the same I don’t take advice from anyone. I just do my own thing. I hear what I need to hear and I get the gems I learn from and make my own advice. It comes from how I listen to my music. I get a lot advice from music. I go to any music I feel like is going to get me out of a situation and I listen to what the person is saying.

Lira’s Soul in mind sits in my head whenever I’m going through something or to just brighten my day because the writing is amazing. It’s something I try to portray.”