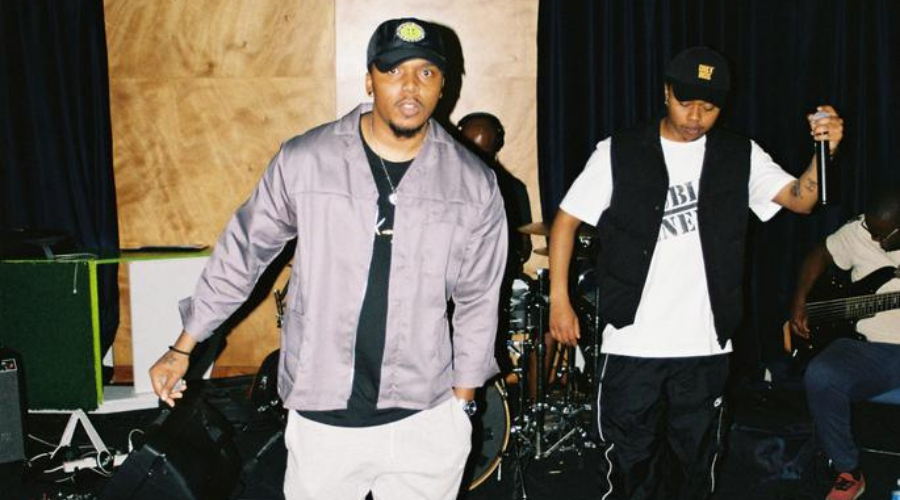 @OriginalJayJody & @reece_youngking Announce The 'ridiculouS' Music Video On The Way

The fans have been wanting more since then and because the two rappers listened to their fans (which they rarely do), A-Reece and Jay Jody blessed their fans/supporters with another collaborative single on SoundCloud titled, "tufF lucK" produced by Iceman Beatz. This scorcher of a single lead them to drop a visual teaser a month later where they held "someone" captive requesting that they should APOLOGIZE.

That visual teaser then gave us a new single titled, "ridiculouS" which is now the first official offering from the forthcoming "BLUE TAPE" project. More like a flagrant statement to the haters & culture vultures accompanied by an eerie sound with spine-chilling 808s.

A-Reece posted an Instagram story a month back mentioning that the "BLUE TAPE" project will be released by the end of this year. Older brother, Jay Jody took to social media yesterday to share a pic of the PC containing the tape - written "BLUE TAPE is 80% done" with the caption, ""ridiculouS" music film on the way!"

The duo recently shared images of themselves at what seemed like a band performance practice. This could mean that we could be given a live performance of the album or they are simply preparing for the next 'REECE EFFECT' event to take place as Kris Houdini (A-Reece's new manager tweeted earlier last week), who else tweeted alerting A-Reece fans that they will be submitting A-Reece's "Today's Tragedy, Tomorrow's Memory" mixtape at this year's South African Hip-hop Awards.

R&B singer-songwriter and good friend to them both, Ayanda Jiya also shared behind the scene images of herself at the band practice. Could this mean that we should expect another Ayanda Jiya feature on the 'BLUE TAPE' album? We'll have to wait it out to get the answers we're searching for.