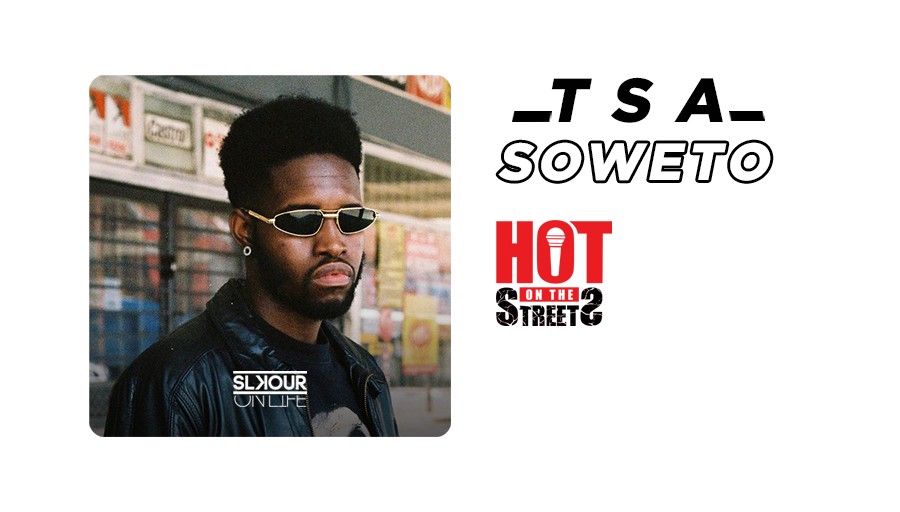 Zolile Mcelu, better known as TSA, is a South African rapper, songwriter and founder from Soweto, Diepkloof. TSA has been able to build a niche fan base that has fallen in love with his. introspective storytelling on beats filled with live instrumentation, glitchy vocals samples, ear scraping synths and infectious drum patterns.

He started gaining recognition when he released his debut single and music video for "Joburg State of Mind" in 2013, which also featured Stilo Magolide on the remix in 2014. He also went on to appear on eTV's popular hip-hop show Shiz Niz that same year and went on to perform at the Basha Uhuru Festival at Constitutional Hill in Johannesburg.

In 2015, TSA founded Nobody Else creative agency with his brother and longtime collaborator Bambatha Jones and released his most successful mixtape Nobody Else to celebrate the birth of the new company. 2015 also saw TSA grace the Back to the City Festival stage for the first time and again in 2016.

In 2019, TSA released his second studio EP The Jungle, which features guest appearances from Spoek Mathambo, Sipho the Gift, Maglera Doe Boy, NayPalmNeo, GUGU and ByLwansta. It was composed by frequent collaborator Itsjustabasic and executive produced by Bambatha Jones.

Having taken the necessary steps to accelerate his career as an independent musician, TSA has developed a unique perspective and emerged as a wizened student, artist and entrepreneur in the city of Johannesburg where he was born and raised.

Find out why TSA is our Hot On The Streets artist of the week, below;