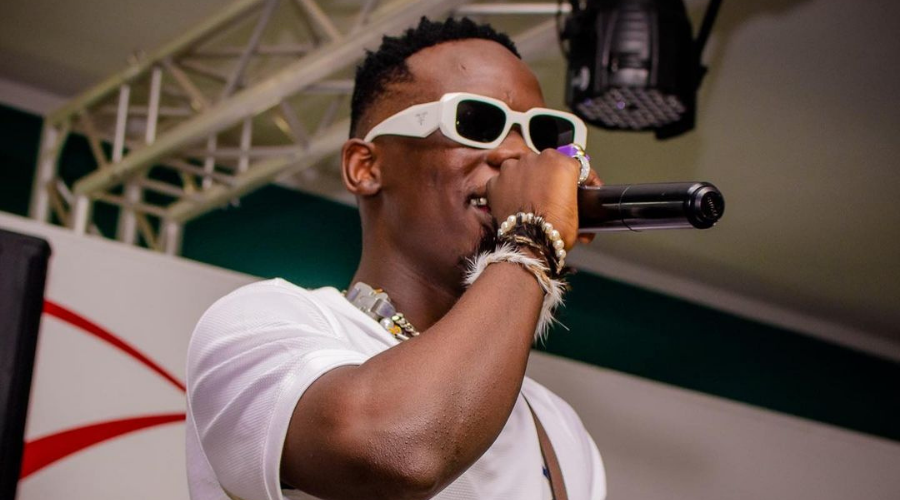 If you were listening to hip hop in 2008 then you would be lying if you said you weren't a fan of Lil Wayne and for those who are reading this and missed this era, just know that Lil Wayne was everywhere. The Carter 3 was the most anticipated album and Lil Wayne was on literally every feature. Lil Wayne was unavoidable and Blxckie is on a comparable run. Blxckie's debut album was easily one of the most anticipated albums this year. We all knew it was going to be a special album when he released 'David'. Blxckie is at the point where people who aren't plugged into hip-hop know about him and that's saying something in a dance first country.

Just like Lil Wayne in 2008, Blxckie is arguably the hottest artist in the game. I lie, I actually feel confident in saying that HE IS the hottest hip-hop artist in the game right now with everyone reaching out to Blxckie to work with him. If a song says 'ft Blxckie', you click because you want to hear what he did on the song. I think what's special about Blxckie is his versatility. He can be on any production from R&B to Trap and can even go into a different genre without upsetting the hip-hop faithful because songs like 'Intentions' and 'Sika' are honestly that good. Let's take a look at some of the biggest songs Blxckie is featured on and let's appreciate what a talent Blxckie is.

This is one of those songs that people outside of hip-hop cannot deny. The chorus is infectious and Blxckie's chorus made this song. I an episode of Riky Rick's Lab Live Blxckie explained the cheese and tamtisi reference. I thought it was smart. The timestamp for that explanation is at 50:19.

I'm a huge fan of Sliqe and his production and he delivered a beautiful beat that blends various elements of South African music. Blxckie was the perfect artist to compliment the vibe of the song.

Like I said earlier, Blxckie can literally do it all. On Dead Dungle, he delivered a dope verse that went along perfectly with the story of Dead Jungle. On the verse, he described what the 'jungle' was like for him back home in KZN.

"(Ye ye ye ye)
S-H-B from the B's
Cash rules everything around me
Grade 7 had a goney in my back like a pencil case or sumn
I don't know another (Hol' up)
I don't need another life
I swear there's demons in the heights
Faded and I ain't shining twice
[?] left that nigga fightin' for his life, ye
Stick to the street code
I can't walk in that bitch with my eyes closed
I still got a very dark soul
[?] like he got a runny nose
Hopped on I'm actin' like 6
Zulu boy made it out, why not me?
I just put in couple bars, yeah with ease
You said that there's money there? Let me see
Ngizizwa ngiphephile meng'hleli elokishin'
I said I'ma shoot and he thought that I'm kiddin'
Police [?], that shit litty
I stay on the move, I can't go down like Jimmy (R.I.P)
Wonder what happened on kizzy
That nigga my Brodie, we used to get busy (Ye)
Don't give a fuck if you feel me
I came from the sewer, ain't nothin' more shitty"