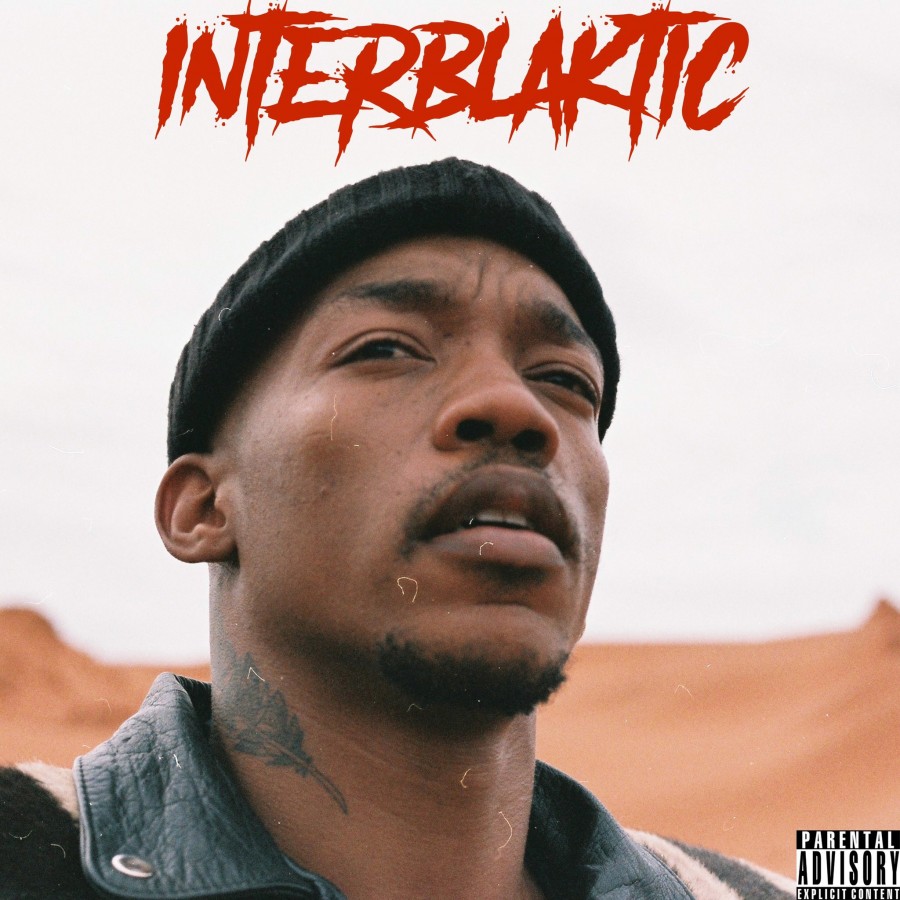 ‘There seem to be a lot of Black people on Mars’ is how Muzi, aka The Zulu Skywalker, opens his fourth full length record, INTERBLAKTIC. It’s a startling body of work that is joyful, optimistic, proud, self-reliant, full of love and fantastical. It’s a breakout album with a transcendent, escapist theme from one of South Africa’s most exciting artists.

'INTERBLAKTIC' features the recent collaboration between Muzi and Grammy winner Kaytranada, ‘I Know It’; a song that details Muzi's obsession with his phone as a way to comment on society's social media/phone codependency. The album also features an ode to disco on ‘Come Duze’ featuring Limpopo’s breakout star Sho Madjozi, as well as cuts with fellow South Africa artists Setso, Espacio Dios, and MC The Temple.

Over the past five years Muzi has been redefining the musical landscape of modern South Africa, while simultaneously having a global impact. Channeling the rich, and until recently overlooked, house music history of South Africa with the Zulu traditions of his childhood, the country’s Bubblegum era and local genres like Maskandi, Kwaito and Isicathamiya, Muzi is making music that is universally danceable but with a rich sense of place.

Muzi’s path has seen him evolve from bedroom beat producer, to DJ, to now a fully fledged performer and vocalist. A boundless and exuberantly joyful artist, Muzi has wowed crowds on taste-making stages around the world and is confident enough in his own vision to design his own clothing and artwork, direct his own videos, and collaborate with artists ranging from Kaytranada and Chris Martin, while earning co-signs from Stormzy and Damon Albarn.

'INTERBLAKTIC' continues Muzi’s journey through African space exploration, a theme his 2018 album Afro-vision delved into, while introducing Muzi’s alias, The Zulu Skywalker. Though there are overlaps with the Afro-futurism movement, Muzi’s 'INTERBLAKTIC' is rooted in the now, and his insistence that we must deal with the past and present before we can lose ourselves in a future fantasy.

'INTERBLAKTIC' is optimistic, uplifting and otherworldly, chronicling a journey of leaving for Mars, returning home, and realizing the importance of love. It is Muzi’s own story, his desire to explore his own artistry by leaving South Africa, absorbing dance culture in Berlin and Paris, then ultimately realizing the necessity of his homecoming, both for himself, his loved ones and his country. The album offered a cathartic retreat for Muzi, a ray of light in a dark year during which, he, like so many others, lost friends and family members, including his Mother, to whom he dedicated last November’s MAMA EP. Muzi’s hope is that listeners around the world will also find the light in 'INTERBLAKTIC'.

When Muzi started making electronic music, he was not aware that its creators were Black artists in Detroit and Chicago. As he came to learn their history, he found similarities with the challenges they faced in Detroit and his own upbringing in South Africa thirty years later. Like the early African American pioneers of house and techno, Muzi faced an economy that only worked for those at the top, experienced a sense of isolation, developed a passion for music that could be made by machines, and came to the powerful realization that you could create beautiful things with your own art.

'INTERBLAKTIC' is Muzi re-shaping this moment, a rejection of the solitude and loneliness of the past year, it’s music to heal and uplift, music to dance and smile too. It’s a transformative journey that we could all do with taking right now.