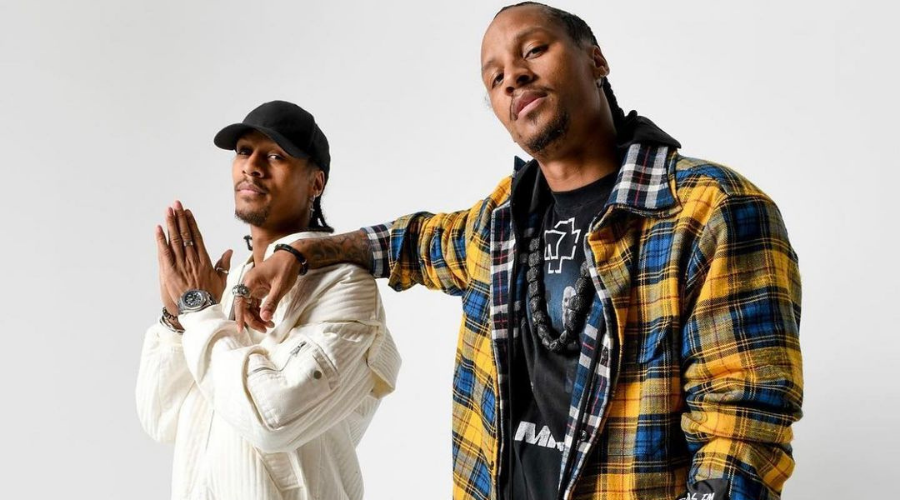 A FIRST OF ITS KIND COLLABORATION, HENNESSY SPARKS A VIBRANT NEW MOVEMENT

It is with great excitement that Maison Hennessy unveils the Very Special 2021 dual limited edition in collaboration with Laurent and Larry Bourgeois, the urban movement creators known as “Les Twins”. Far more than a classic collaboration, this Hennessy Very Special partnership marks a brand-new horizon and a ground breaking meeting of minds.

Cultural icons in their own right, Hennessy Very Special and Les Twins created a multi-media collaboration around the tagline “Move Out Loud” to celebrate French heritage and the pioneering spirit for the 11th Limited Edition. A first for the series, this movement creates an exceptional, inclusive platform for artistic expression through live dance, video, and music.

Khomotso Ledwaba, Marketing Manager for Hennessy SA, says: “The collaboration is an exciting evolution of our previous artistic projects for Hennessy Very Special, this time combining urban territories of dance and music - shining a light on urban culture while championing pioneers who are continually pushing the boundaries of their potential.”

“Locally, South Africa has an extensive dance and music culture, and therefore Hennessy is confident that this collaboration will resonate with South Africans on a whole new level. South Africa is a fertile ground for vibrant, dynamic new moves, from the pantsula dance popularised in the 80s to recent forms such as bhenga, danced to the raw, electronic beats of gqom, or the house style of amapiano.”

On the 15th of September 2021 at Katy’s Palace in Johannesburg, Hennessy unveiled its 11th V.S Limited Edition bottle to guests, with a surprise “visit” from Les Twins. Hosted by MC Tshego Koke, the evening saw Les Twins join virtually and speak more about the collaboration and their love for dance. “As done with our previous collaborations, Hennessy would have loved to have Les Twins join us in person, but the pandemic hindered this, unfortunately. We were however still able to bring their infectious energy to the event in.” Homegrown talents, B-boy Vouks James and radio producer and DJ, Oscar Mbo also joined in on the conversation with Les Twins, adding local insights into the dance and music culture within South Africa.

Les Twins represent the very essence of the Hennessy Very Special mantra ‘Never Stop Never Settle’. Their entire life has been about movement, expressed physically through dance, but also through personal advancement and a life philosophy that keeps them striving for more.”

Les Twins' flair for dance, choreography, acting and producing have garnered international recognition, yet Les Twins continue to hone their art as they always have — together, blending street culture and intuition, and inventing new moves with every dance.

THE BLENDING OF TRADITION AND DANCE

“Working with Hennessy is like going onstage with new energy. Hennessy’s not afraid to mix things up. We’re expressing that knowledge through movement – and our experience with Hennessy Very Special has changed how we dance,” the performers note.

In the vineyards, distilleries, and Founder’s Cellar in Cognac, Les Twins found inspiration in not just one aspect but the entire art of making Hennessy Very Special, from earth and vine to barrel and glass. The initiation to a craft spanning centuries served as a creative trigger for a freestyle dance interpretation of the six principal stages of cognac-making and the wonder Les Twins experienced at Hennessy.

The art of making Hennessy Very Special reveals many unexpected parallels with the world of dance. Just as an exceptional cognac comes from blending many unique eaux-de-vie, so freestyle performing requires the harmonious orchestration of singular movements, a unique assemblage based on skill and instinct.

The collaboration between Hennessy Very Special and Les Twins is a story of many firsts. As an artistic interpretation, it stands as the most expansive to date, touching on all the key steps of cognac-making through multiple mediums.

For the first time ever, a single limited edition of Hennessy Very Special is represented by two complementary graphic designs: each bottle features a likeness of either Laurent or Larry, rendered as captured digitally, with all their signature energy and a QR code that opens up the many facets of this movement experience to all.

The Hennessy Very Special in Motion by Les Twins will be available in Makro and Pick ‘n Pay stores nationwide from 15 September 2021.

Identical twins Laurent and Larry Bourgeois, 32, were born and raised in the projects in Sarcelles, outside Paris. Self-taught talents, they made a splash by dancing on the Champs-Elysées to earn pocket money while still in their teens. Drawing inspiration from what was in the air and on the airwaves, they picked up classical moves, incorporated it into their improv repertoire, and lit up dance floors around the French capital. Soon, their renown as creators of urban movement spread well beyond the Parisian underground, and in 2008 they shot to fame as finalists on the TV show Incroyable Talent, the French version of the “Got Talent” franchise. A breakout in the US followed two years later, when a video of their World of Dance performance in San Diego went viral, earning more than 50 million views to date. Today, their flair for freestyle dancing, acting and producing have garnered international renown, yet Les Twins continue to hone their art as they always have — together, blending street culture and intuition, and inventing new moves with every appearance.

Since its founding, in 1765, the Maison Hennessy has upheld a tradition of supporting avant-garde artists. Today, the Maison celebrates urban culture and contemporary creation through artistic partnerships for the Hennessy Very Special Limited Edition.

Hennessy V.S has a unique style, passed down through generations, that makes it a reference in the art of blending. Demanding in its creation, yet immediately satisfying in its tasting, Hennessy Very Special marks its inimitable style across time. Its audacious personality is the result of carefully selecting only the most expressive and distinctive eaux-de-vie. After several years of maturation in French oak casks, the eaux-de-vie are then blended with the mastery and consistency unique to the Maison Hennessy. Enjoyed neat, on ice, or in cocktails, V.S is a cognac appreciated by tastemakers the world over.

The leader in Cognac, the Maison Hennessy has shone around the world with its exceptional know-how for more than 250 years. Built on founder Richard Hennessy’s spirit of conquest, the brand is present in more than 160 countries. Based in the heart of the Charente region, Hennessy is also a steadfast pillar of the regional economy. The House’s success and longevity are rooted in the excellence of its cognacs, each of which is born of a unique process of transmission of know-how from generation to generation. The first spirits house to be certified ISO 14001, Hennessy unites its capacity for innovation and the support of all of its partners to protect this exceptional area. As a crown jewel of the LVMH Group, Hennessy is a major contributor to French international trade, with 99% of production sold in export, and a worldwide ambassador for the French art de vivre.