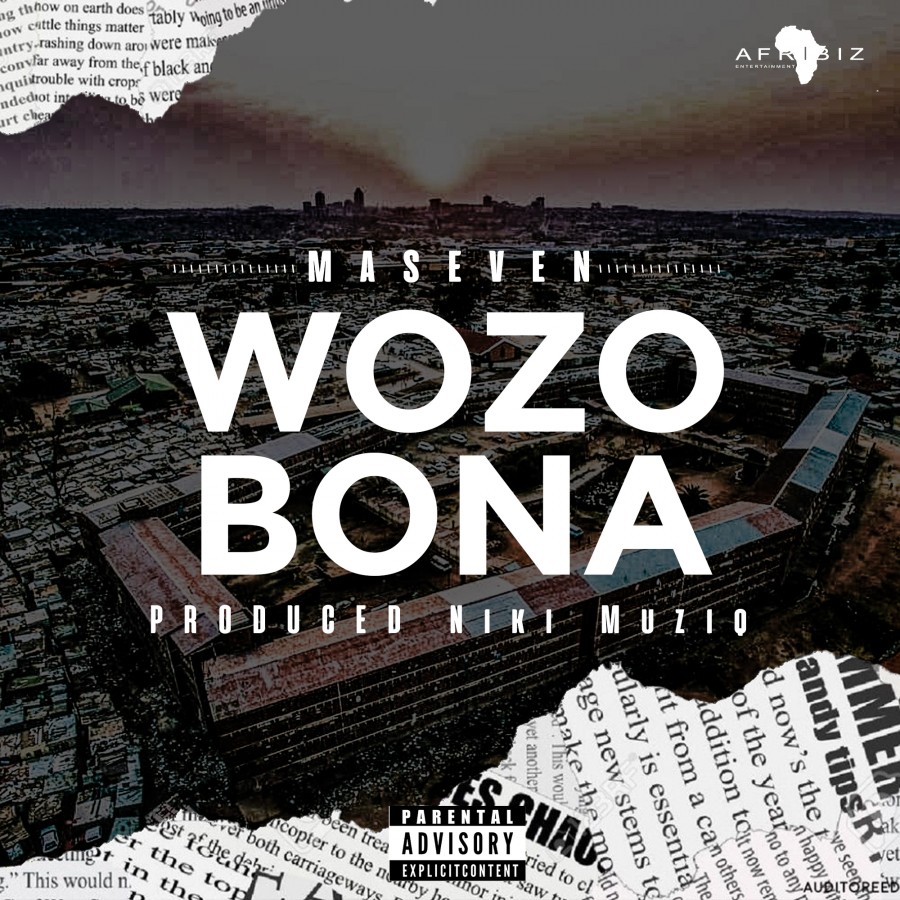 It was a Friday on April 21st 2021 when Maseven dropped his debut with ‘Afribiz Entertainment’ a record label Founded by Ntukza aka ‘Chuck Norris’. Since then, Maseven has been crafting & spearheading the new kasi rap movement in 2021 when SA hip hop seems to be on life support against the likes of Amapiano. ‘If you can’t beat them joint them’ they say, but Maseven is doing it differently he does not rap in Amapiano/Kwaito flows, he raps-raps on Amapiano log drum hip hop/kwaito beats.

His Single ‘Wozobona’ is his second at the label & we are all excited because the song has good catchy Kasi vibes every ghetto need to hop on in Mzansi. Seven has plans to take over the Kasi rap scene & this, he has started to dawn on many people from the release of his first Ebumnyameni Hit. Maseven’s music portrays & paints a clear picture of a glimpse into the ghetto, what the ghetto feels like being in even when you’ve never set foot in the ghetto. This is his second Single this year, he has a lot more music on the way & might just even drop a project let’s wait & see.