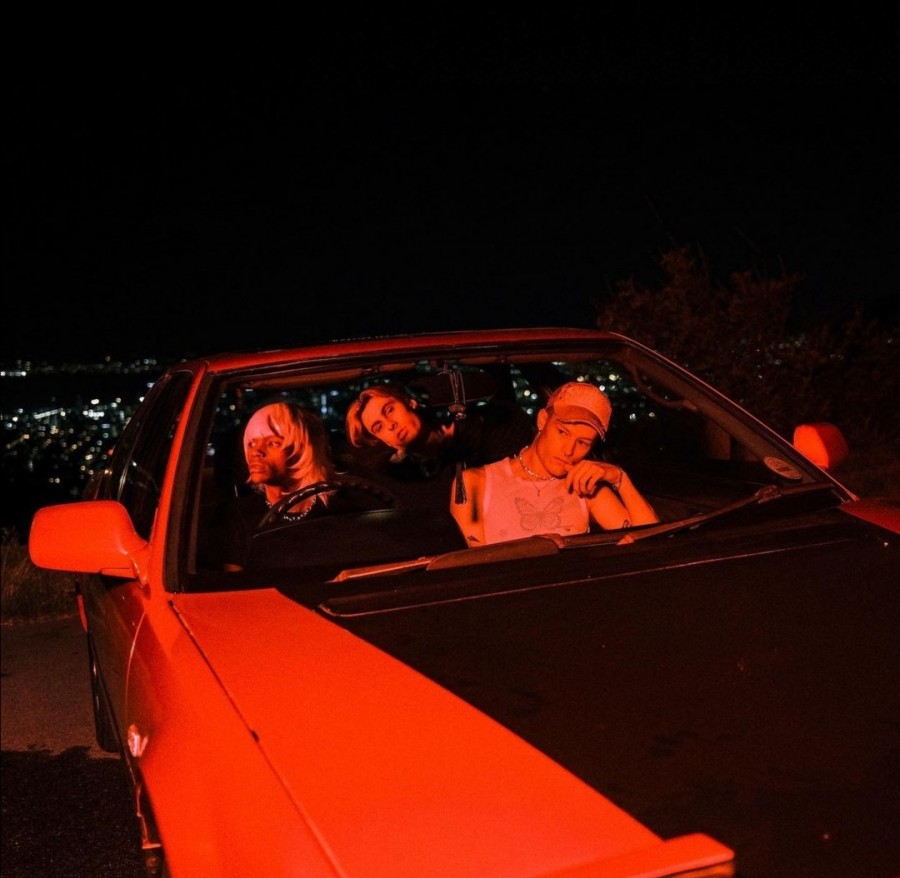 Internet Girl is a group that I have been I've been following since they were called Lynchparty and they were making a unique blend of alternative hip hop. If you want to check out some of their old stuff, it's still available on SoundCloud and I strongly suggest that you check out their EP titled 808Pop. The turning point came in 2019 when they changed their name to Internet Girl and released their self titled EP.

'The World I love' sees them dive headfirst into this up-tempo brand of punk rock. It has become commonplace in hip hop for artists to take influences from rock, both in their sound and how they dress but Internet Girl feels different. Their different in the sense that seem really comfortable in this brand of music and you get the feeling that they are really in love with the sub-genre and not just the aesthetic that comes with it. The EP has times where it has these intense guitar-led songs like 'Dumb Party' and 'I Go On The Internet a Lot' but my favourite moment on the EP comes on 'A*****e with Hugo Pooe. The song has an electronic feel to it because of its various bass drops and it has a groove and 'bounce' that I'm a bit more familiar with but more than anything it gives me that small piece of Lynchparty that I really miss:). The EP closes with 'Living Far Away' which is kind of the peak of their powers. I say this because it fuses everything that they've developed into on one song. It has the laid back melodies that we first heard on their self titled EP, EDM and electronic elements that we got on 808Pop and the punk rock element that they have added to their repertoire. Stream 'The World I Love Below'.