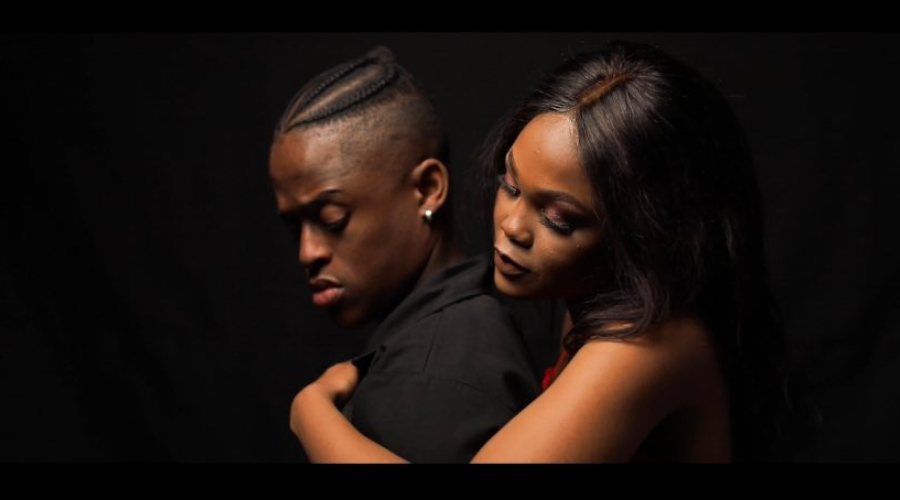 Seasoned rapper, Touchline presents to us his new 'look' on his brand new music video offering for recent single 'I Will Always Have Me' featuring singer-songwriter, Veena.

Known for his ballsy wordplay and bars, Touchline continues to bring that on 'I'll Always have me' as he speaks on relatable issues and subject matters that come straight from the heart and to touch another heart. Veena blesses the listeners with her beautiful harmonizes that go hand in hand with the theme of the song (production wise). Let's decode some bars for you;

"I don't do 9 to 5, I don't get paid a month later
But I respect everybody that goes and gets paper"

In the first few opening lines, Touchline mentions that he starts his day with a little prayer - which is important as a believer, to thank your maker for giving you another chance to see a brand new day because many don't get so fortunate. Touchline continues further on by mentioning that he does not have a 9-5 job and earn monthly salaries because he is an artist and is devoted to that career. Artists get paid by their activities, whether it's gigs, campaigns or royalties, and those 'activities' don't guarantee monthly payments because it happens when the opportunity awards itself. But, respects everyone that are fortunate enough to have a job to make a living, as we know that the cost of living is expensive, especially in a country where we are affected by high unemployment rate.

"Into oyaziyo is to z-z-z-z on me, sleep on me
She sends you a text but she CCs me secretly
Then she sees me secretly"

This bar explains itself. Touchline uses his wordplay to point out that cheating is a very common thing in relationships, which have now been normalized for some odd reason. He mentions that she sends texts to her man but sends the exact same messages to him, that's where CC comes in [used in email's, this function is used to send out the same mail to different participants]... "then she sees me secretly", this goes back to the cheating subject that, although one is in a 'committed' relationship, loyalty will not always be there.

"Understand that actions are the only thing that we believe"

If you are loyal, you can only prove it with actions.

The new world of smartphones and social media, many people have lost the sense of reality in this world, as they now live up to and for the social media standards of living well. This is not who they really are in real life but because we are so social media and attention driven, many people happen to fake their lifestyle for the sake of gaining followers and being seen as wealthy. Reels is a brand new feature on Instagram that allows users to upload video trailers of their skits, lifestyle, trends and so fourth, that in return exposes them to many more uses giving them more views on the content. Touchline uses a wordplay and homophone to deliver this message.

"Jump for so many people but no one is there to catch me
Girls change, friends change but I'll always have me"

In music, when artists perform they tend to get lost in the sauce and crowd surf in the heat of the moment when during their performances... Sometimes you get lucky and get caught, and other times you may fall flat to the ground,. Touchline uses that figuratively in this line mentioning that no one is there to catch him. Simply implying that no one is there when he really needs them to be. The next line [as cliche it sounds], the saying is very true - You only have yourself and when you have yourself, you can never switch up on yourself like how family and friends would.

Such a profound verse delivered by Touchline as he speaks on how one's silence can be extremely loud and also, how people deal with their problems... Many like to vent but others keep it in to avoid venting to the wrong people, and this may be looked as facing away from your problems.

Many people who have been in love and fell out of love and relate to these lines. When you deal with a breakup, you often tell yourself that you won't love again, sometime you ask yourself if love will ever visit you again, when you've given your all but your other half closes the front door to your face, making you feel like hopeless romantic / lover.

"I'm, still single like a new release
Currently no opportunity for unity
Because pain is something, that's usually delivered from you to me
What's going on is different to everything you believe"

In the closing lines of the song, Touchline chooses to end his second verse with these lines, reiterating that he's in fact lonely and has no one but himself - I will always have me.

Beautiful message delivered with a beautiful visual representation by Clinton The D.O.P. Check out the music video for 'I'll Always Have Me', below;