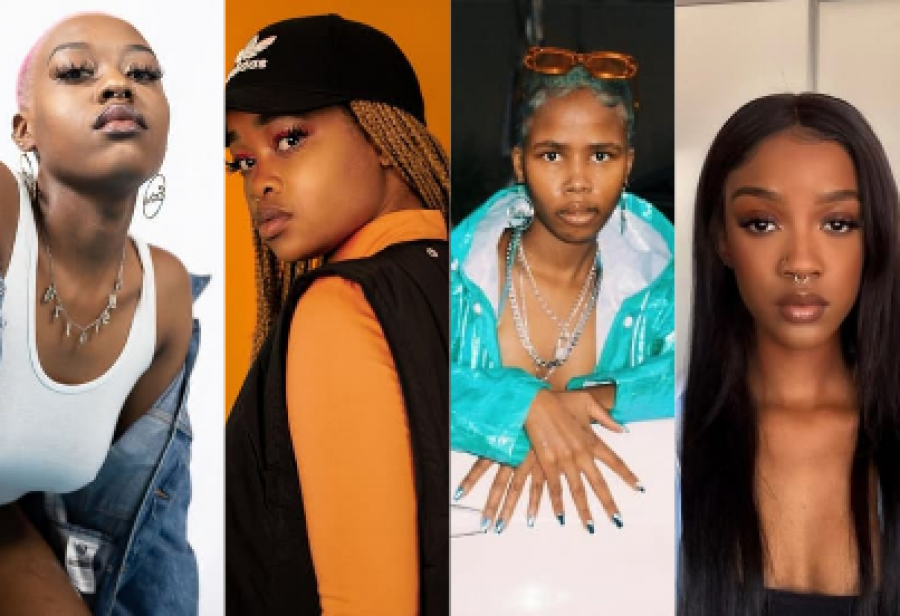 The Future of Rap - Drop The Female

These are a few dope 'up and coming' rappers that I wanted to shine a light on. I feel like they best represent a certain pocket of the scene and I went on to explain what I think they do best and what I think they'll become.

Out of all the artists on this list, I think that Benzo has the most commercial appeal right now. Her debut EP 'Kumanikazi' has a run time of just over 13 minutes and has the single, 'Kumkanikazi'. Benzo seems like she was born to be a rapper because she never seems out of place on the EP and seems to have found her sound right out of the gate. After listening to the EP you might ask yourself 'What does she have to offer outside of the aggressive bass-heavy style?' I think she answered that question with the release of her two latest singles in 'All Hail iKumkanikazi' and 'Cigarettes'. 'All Hail iKumkanikazi' doesn't deviate too much from what she has given us from her EP but admittedly its sounds more refined and polished. The song shows her ability to make a banger that can translate outside of the underground scene. 'Cigarettes' is what people are affectionately calling 'R&Benzo'. The song got me extremely excited for her album because it shows that she isn't one dimensional. Sure a lot of artists can put together a few lit songs but how many do you think can make a solid debut album? I think Benzo has what it takes.

Skolleywood is such an interesting artist because she makes a mix of trap sprinkled with a rock at times. Skolleywood is extremely versatile and it's difficult to pin down what she does best. I think I know what she does best but I can't say with absolute confidence that I know what she does best, however, what I can say about Skolleywood is that she's displayed the ability to craft hooks and melodies. You can never listen to a Skolleywood song sitting down because her music has an infectious energy. 'GiddyUp!' and 'Blow The Roof' are examples of what she can do with high energy production behind her but I want to talk about is what she does on 'Thanks For Nothing' and 'Toxic'. 'Thanks For Nothing' is perhaps my favourite song by her because it has influences of punk and she seems to feel really comfortable on the chorus of the song with that rock cadence which I'd love for her to explore more. I think Skolleywood has something special when she goes into a singing pocket. What she did on 'Toxic' is really beautiful and I was really impressed by the backup vocals. She shows hints of a superstar. It's kinda like what Swae Lee did on 'Swang'. It's in those small moments of magic where you can see that there's something special there.

I wanted to call her the queen of Kasi but I doubted it and went with the face of African trap, but the truth is... I feel like that's what she could become. When I heard 'Khuzani', I thought of Sjava, Emtee and African Trap. 'Khuzani' is a nationwide hit without a doubt. It's the type of song that just screams Ambitiouz. Leezy is so elite at what she does that I'm struggling to think of someone that's also 'up and coming' that has a similar sound to her and I can't seem to think of anyone. The Sjava comparison is inevitable but I do wonder what she could make if she explored a more traditional sound like what Sjava did on 'Umqhele'. I'm just interested to see how she would put her own spin on it. Whatever direction Leezy ultimately decides to go in, I have no doubt I'll love it. A nationwide star fr.

I had a tough time deciding who represents this sound. There are a few other rappers I wanted to choose for this title but I ultimately decided on Wrappher because she has this undeniable aura of cool about her music. I don't want to gas her up but when I heard 'Cowboy' for the first time, I felt the same way I did as when I heard A$AP Rocky's 'Peso' and 'Purple Swag'. I wasn't sure if I enjoyed it at first but I felt compelled to listen to it because it has this kind of left-field sort of appeal. At the end of 'Stressa', she says that she wants to make the music bigger than just producing and recording and make it more of a lifestyle. Wrappher's music is more like the soundtrack for the cool kids, rather than just songs. They dress a certain way, talk a certain way and they have their own swagger.