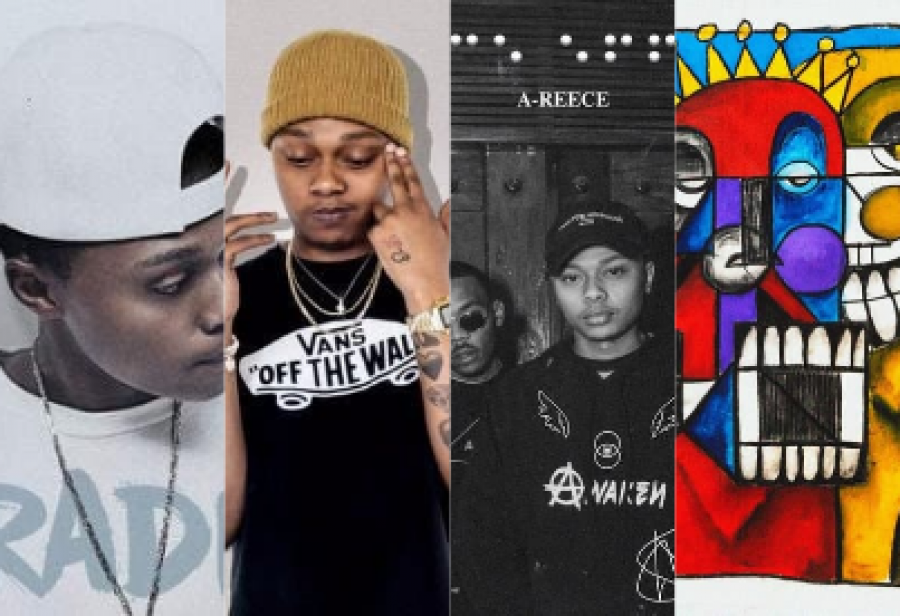 For clarity's sake, I didn't include anything before Paradise. I was a bit nervous about writing this article because of A-Reece's fan base, so I would like to preface this by saying this list is SUBJECTIVE. The list is not definitive and should not be taken as fact. In the same breath, I said what I said. Let's get into it.

Okay, every artist has to have one of these in their catalogue. Their own '808's and heartbreak' where everyone is kind of left confused by the music. Sure this isn't my go-to A-Reece album but I am not willing to entertain the narrative that 'Reece Effect' is a bad album. I remember the greatest criticism of this project was the features. Yes, it would have been great for Reece to expand the circle of artists he worked with for the project but at the same time, working with his inner circle has always been where the magic is. I don't think I could listen to a song on this project and confidently say that someone had a wack verse. Maybe they might not have lived up to your expectations, but I think that wack is a stretch too far. Go back and listen to 'Reece Effect' and tell me it hasn't aged well.

Please don't look at this list and say that I put 'Paradise' second last. It's fourth in his amazing catalogue. As much as I would like to pretend that I first heard of Reece before Paradise, but it was honestly my introduction to his music. This was around the time people were dabbing and I can tell you I did a whole lot of that when I first heard Zimbali and Paradise. I kind of understood the Drake comparisons that were happening at the time but much hasn't changed since then, only now we say it's Reece's flow.

This is my second favourite piece of work by A-Reece but I'm going to put it at number 3 because I have a lot of respect for what he did as a whole on 'From Me To You & Only You'. This EP came after 'FMTY&OY' and I think this was the peak of the more melodic version of Reece. After this EP, he pivoted into more of a lyric heavy and conservative sound. This EP was the sweet spot. The perfect mix of everything that he does well. If I were to recommend an A-Reece project to someone who has never heard his music before, I would tell them to listen to 'And I'm Only 21' because it's the easiest to consume of all of his projects. Every song on this EP could be a single. If you can't become a fan of A-Reece after listening to this, then it's better we just leave it.

This was the body of work that made me fall in love with Reece's work. Of course, I had listened to Paradise but I really connected with what he did here. This project was the soundtrack for my second year in university. I remember how I felt when I heard songs like '7 Days After', 'Rarri' and 'On My Own' for the first time. 'Feelings' is just an iconic song. All you have to say is 'rather catch the flu not feelings' and people know. I was completely blown away by this project. From a production standpoint, it was more than just a rap album, it has too much going on to be considered just that. I'm sure you've heard the debate about making a good song and being a good rapper. The two aren't mutually exclusive but A-Reece did both here. Lyrically, the project is full of quotables but at the same time you can play this for people who aren't fans of rap and they will enjoy it. Special.

I know I said that this list would be subjective but I think I would be criminal not to put TTTM in first place because of the maturity that he displayed on this mixtape. A-Reece considers himself a rapper and undoubtedly this is his best piece of work from that perspective. The mixtape has layers and takes a more introspective perspective in comparison to his other work. I think A-Reece's best attribute is his ability to ride the beat. I have never heard a song and felt like A-Reece was out of place on it. That leads me to my final point on TTTM, the production isn't at the forefront of this mixtape. The production is nothing short of amazing but A-Reece's lyricism stands out on this project more than any other.