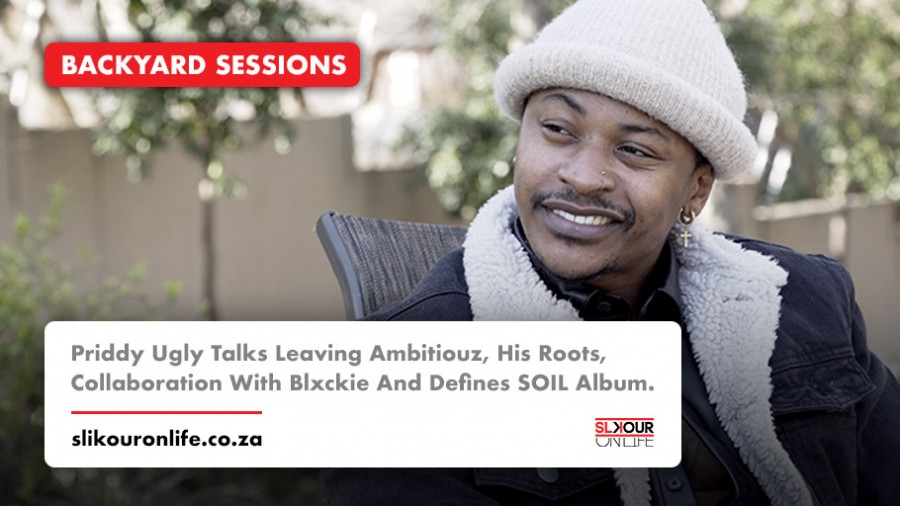 SA rapper and lyricist, Priddy Ugly has released his riveting album 'SOIL' and he's really rapping yo! Determined to bring the rap culture back to South African hip-hop, Priddy Ugly calls out all industry peers to stop playing around and just RAP! A re rappeng bafwethu!

With the 'Soil' album available on all streaming platforms, Priddy Ugly raps in real time and has a carefully curated content piece for each song, with some ballsy attitude here and there on conscious curated beats - mixed and mastered by platinum selling musical artist Zoocci Coke Dope.

In this Backyard episode of Siya Metane gets Priddy Ugly in his space as he talks on the reason why he left Ambitouz Entertainment to be an independent artist because he was unhappy; collaborating with the 'Ye X4' hit maker Blxckie and how that conversation came about; his roots and of course everything "SOIL".

Don't sleep on this one, peep the interview below;