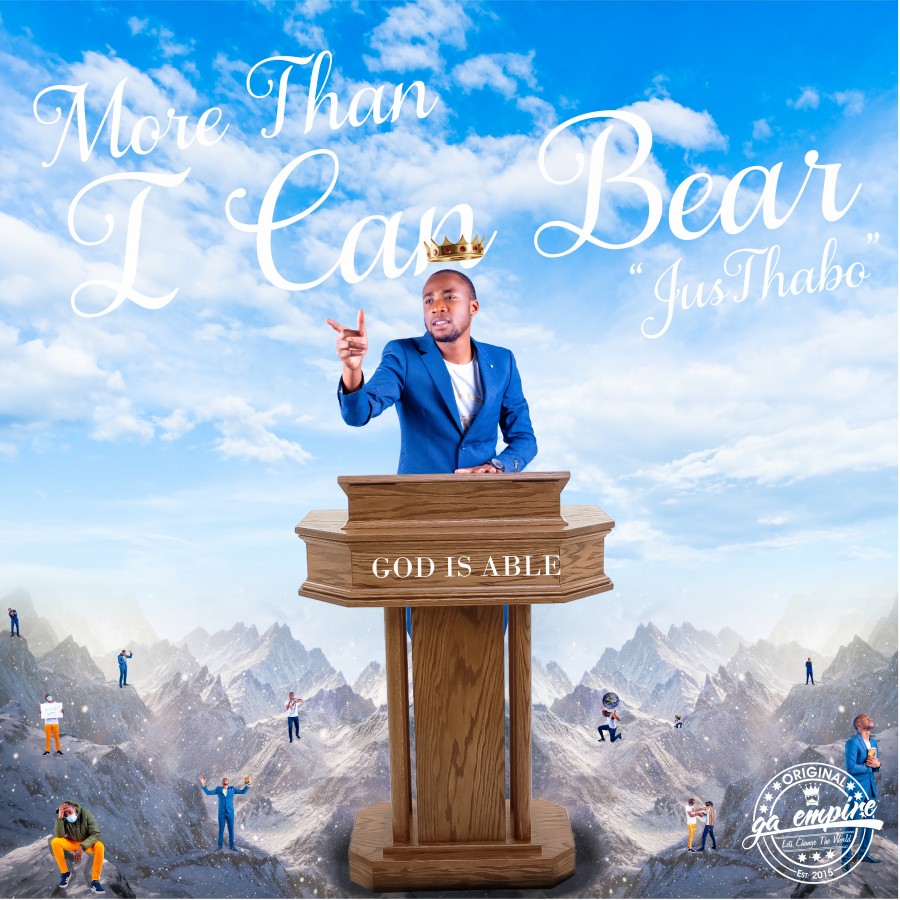 @JusThaboRaps_SA Delivers "More Than He Can Bear" On His New Single

Thabo Ashley Moeng, better known by his stage name JusThabo is a Gospel rap artist born in Pretoria and raised in the streets of Kwa-Thema in Springs, in the East-Rand. Popular for his rap skills during his high school life he later got saved in 2012. Combining his new found faith and reigning love for rap, the practical thing to do was for him to fuze the two and pursue a career as a Gospel rapper.

He released his first single “Heavenly Father” which got play listed on Channel O. He released his second single “This Is For Me” which has also been received really well by his fans approaching a thousand views on Youtube. 'More Than I Can Bear' is the third and final single from JusThabo's upcoming debut EP titled “God Is Able” set to drop 15 August 2021.

A heartfelt and warm message on faith and dealing with adversity on a smooth hip-hop jazz sampled beat is what JusThabo has delivered with his latest single and we highly recommend you check it out;