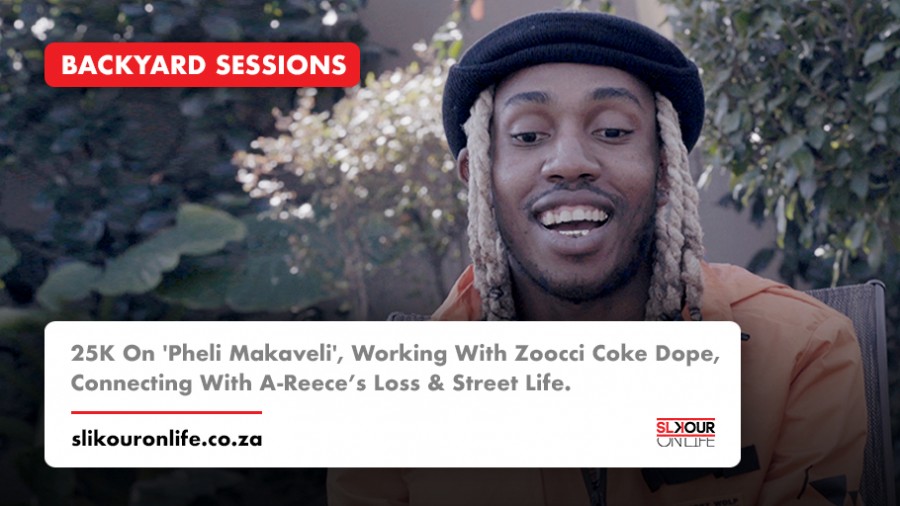 Hailing from the streets of Attridgeville, west of Pretoria, the talented Lehlohonolo Molefe, mononymously known as 25K The Plug, has been in a lot of conversations lately as he is set to release his debut album, 'Pheli Makaveli' this Friday.

Breaking into the scene with 'Culture Vulture' and debuting his album in two days, 25K gives Siya Metane an exclusive first listen of the project and discusses the process (from curating, recording, track-listing and sourcing features). Working on the album for an entire year and a half, 25K speaks on working closely with multi-platinum selling producer, Zoocci Coke Dope; connecting with A-REECE on 'Hustler's Prayer' and leaving street life in result of getting shot and causing his mother great pain.

Watch the full one hour interview below;