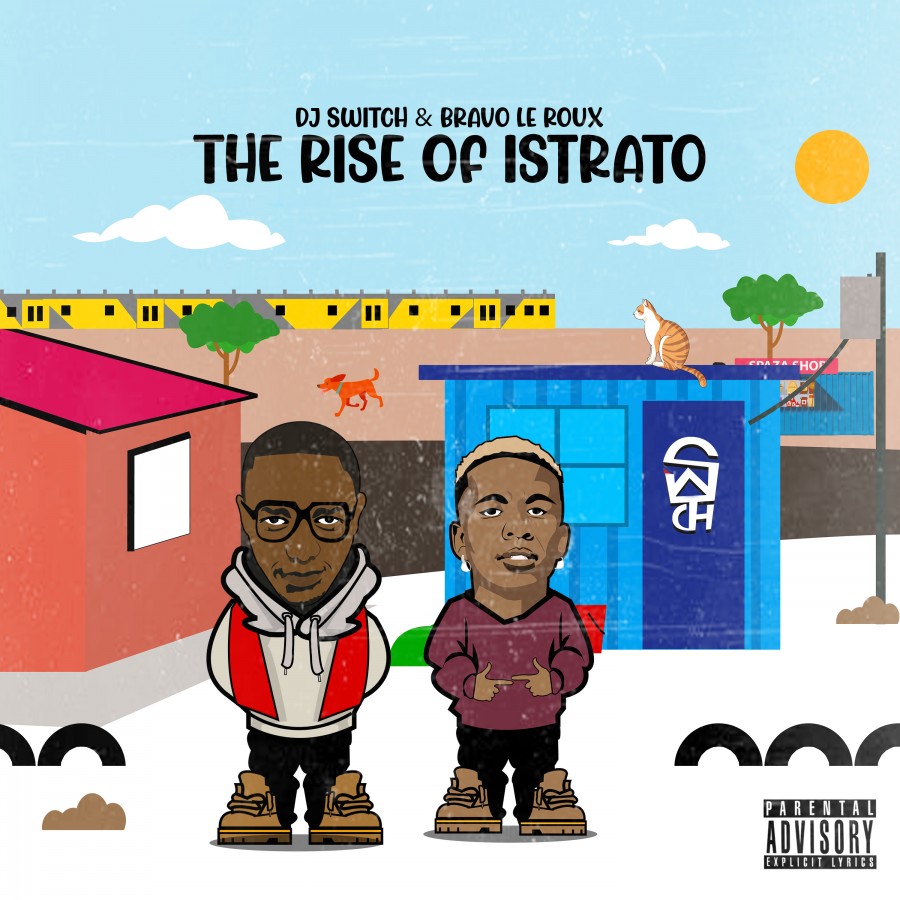 For past few months we've seen Bravo Le Roux hinting “PROJECT MODE” on his social media captions. He has been seen in studio with various artists, including the likes of Maglera Doe Boy, Champuru Makhenzo, Youngsta CPT and many more prominent artists and producers. Bravo Le Roux have since left his fans wondering when he announced that he will be releasing two projects, with one being a collabo with a big South African hip hop DJ. Finally, the cat is out the bag as today we have received the news that Bravo Le Roux and Dj Switch will be releasing a collaborative mixtape titled, The Rise of Istrato. Veteran DJ and hit-maker, DJ Switch has been in the industry for well over 10 years from presenting on SABC 1 kids show YoTV to releasing classics such as Way It Go, Featuring Nasty C, Stogie T and YoungstaCPT and Now or Never with Kwesta, Reason, Shane Eagle and ProVerb.

The two were introduced to each other after DJ Switch heard Bravo Le Roux's, Ta Bravo’s Interlude which lead Switch to inviting Bravo on his "Switch Put Me On" show on Instagram. The conversation started there and today we have a collaborative mixtape to look forward to. The Rise Of Istrato is also available for pre-order;