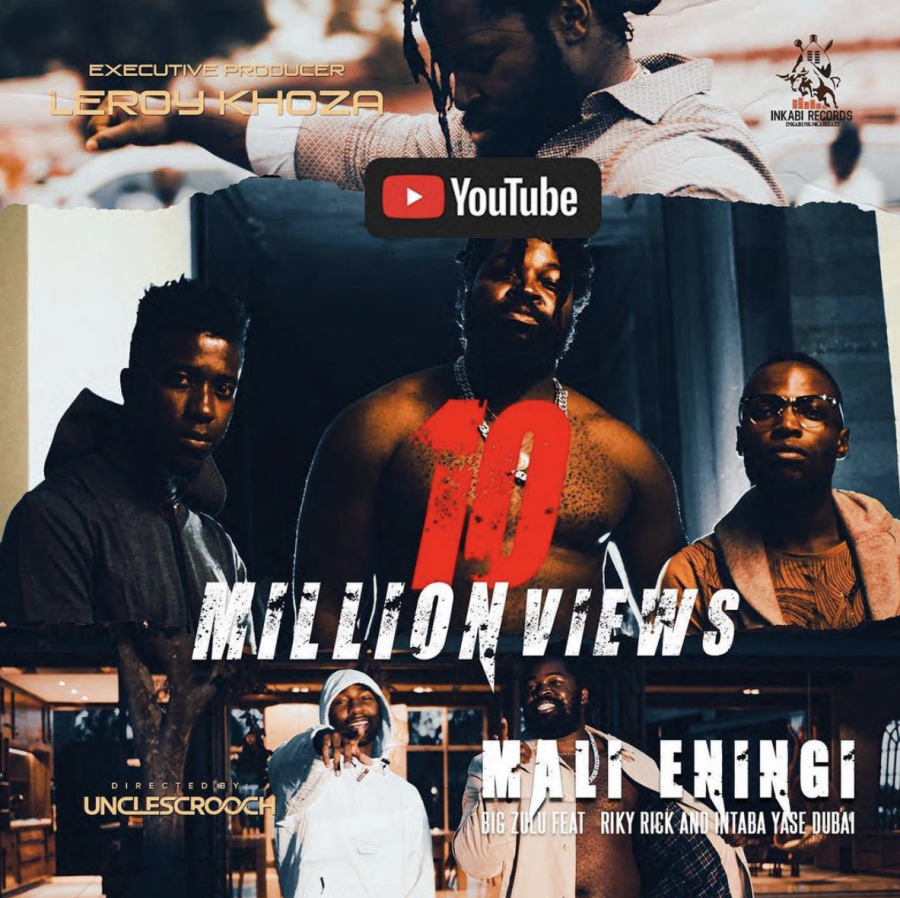 It all started as an aspiration record and then after Duduzane Zuma started the #ImaliEningi challenge we saw the country get involved, and the music video hit over a million views in the first week. The Nkabi Records hit-maker also took to social media with exciting news this weekend, announcing that the 'Imali Eningi' music video featuring Riky Rick and Intaba Yase Dubai, shot by Unclescrooch has officially surpassed 10 million views on Youtube.

Big Zulu continues to dominate the charts and touch people's hearts, the #Inhlupheko music video where he told us the story of uGog' Doris, a women with great courage and strength is also sitting on over 2.7 million views on Youtube, just after three months and his latest single "Umuzi Esandton" featuring Lwah Ndlunkulu was no.1 on the local Hip Hop charts this weekend. With no sign of slowing down as Big Zulu has also announced his album is ready, we cannot wait to see where the Nkabi Records hit-maker takes us next;