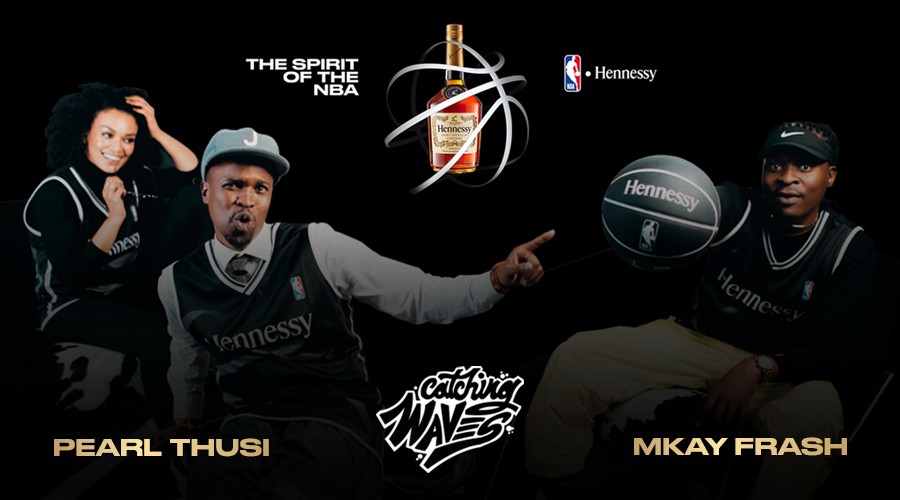 Returning with a star studded line up, Scoop Makhathini - in partnership with Hennessy and NBA - balls into a new season of Catching Waves.

Over the next few months, Catching Waves -  will feature a star-studded line-up of celebrities going head-to-head in a Hennessy x NBA series of basketball challenges as well as discussing some of the motivators that help them to forge forward and live the Never Stop. Never Settle ethos in everything they do.

Alongside this, there will also be interactive Hennessy x NBA pop-up activations at select locations within Johannesburg, where fans will have an opportunity to watch Scoop and guests such as Kim Jayde, Young Stilo, 25K the rapper and Bontle Modiselle, battle it out on court. Fans will also be able to show off their skills and shoot their shot for the chance to win exclusive Hennessy x NBA merchandise.

On this episode; Pearl Thusi and Mkay Frash go head-to-head on the court, as they always delve into what Never Stop.Never Settle means to them. Who do you have your money on? Watch this below to see who proceeded to the next balling round.