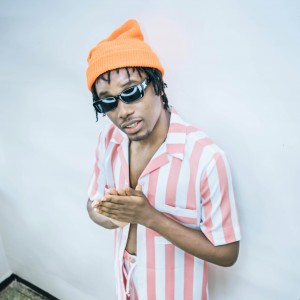 Wizdom Fahad is a Multi-Talented International Indie Artist, Rapper, Singer, Songwriter, Cinematographer, Video Director, Producer and CEO at TJOD Entertainment. He began his music career (officially) after releasing three singles: For my Sheikh, Don't Cry and Young Artist all in the year 2017 - 2018. He also writes Religious hip hop, of which he is known for his first track titled "For my Sheikh", love songs and trap music of which are also known for my "Don't Cry" and "Young Artist." All of this tracks are hosted in the SoundCloud, the largest streaming site, and other streaming and downloading sites. He is also into Cloud Rap, Emo Rap, R&B, Pop, and Trap music which he was influenced by Juice WRLD, Lil Uzi Vert, Swae Lee, Wiz Khalifa and XXXTENTACION.